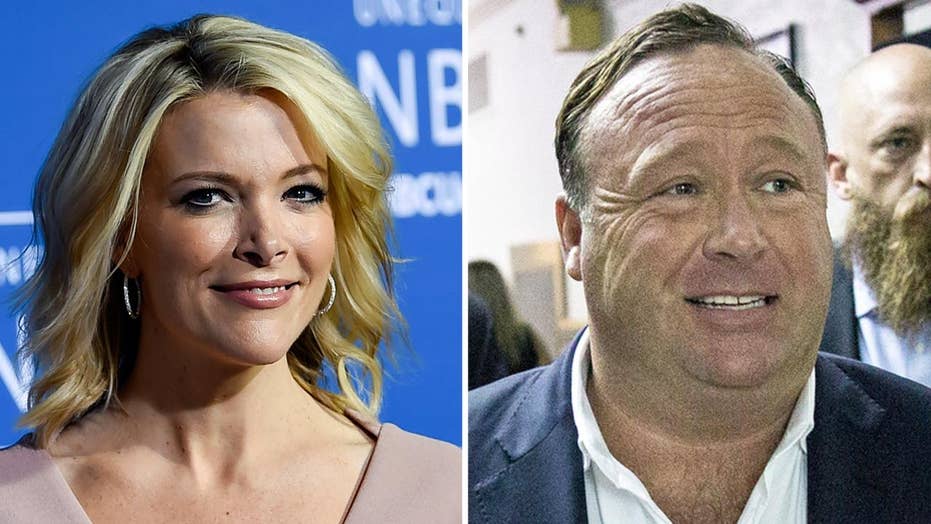 The head of NBC News said Tuesday that the network would move forward with plans to air Megyn Kelly's interview with conspiracy theorist and radio host Alex Jones, despite a backlash that has cost the show advertisers.

It was not immediately clear how many companies had pulled ads from this week's edition of "Sunday Night with Megyn Kelly." The only advertiser to publicly say it was doing so has been the financial firm JPMorganChase.

The network has been taken aback by the response to booking Jones, the "Infowars" host who has questioned whether the massacre of 26 people, including 20 children, in 2012 at Sandy Hook Elementary School in Newtown, Conn., was a hoax. Lack said the story will be edited with the sensitivity of its critics in mind.

"It's important to get it right," Lack said.

"What I think we're doing is journalism," Kelly told the Associated Press in an interview later Tuesday. "The bottom line is that while it's not always popular, it's important. I would submit to you that neither I nor NBC News has elevated Alex Jones in any way. He's been elevated by 5 or 6 million viewers or listeners, and by the president of the United States. As you know, journalists don't get the choice over who has power or influence in our country."

Sandy Hook Promise, an anti-gun violence group, said it had asked Kelly to step down as host of its Wednesday night gala in Washington. Nicole Hockley, the group's co-founder and managing director, said the group could not support Kelly or NBC's decision to give a platform to Jones and hopes NBC reconsiders its plan to broadcast the interview. Hockley, whose 6-year-old son Dylan was killed in the tragedy, founded the organization with Mark Barden, who lost his 7-year-old son Daniel.

Kelly said she understood and respected the decision, but was disappointed.

To some critics, NBC's timing in airing the Jones interview on Father's Day makes the decision worse. NBC said it was scheduled for competitive reasons, because Jones had been booked to appear on ABC's daytime show "The View" next week. A representative of "The View" said Jones had canceled his appearance there and he will not be rescheduled.

Lack noted that he had suggested approaching Jones for an interview to David Corvo, the NBC News executive who supervises the network's newsmagazines. He said there's nothing new about putting people on the air even if they're unpopular or have views that are deplorable to many.

Jones, for his part, has already denounced the interview as "fake news" and said it was purposeful hit job on him.

"I knew in my gut this was going to blow up in their face," he said on his show.