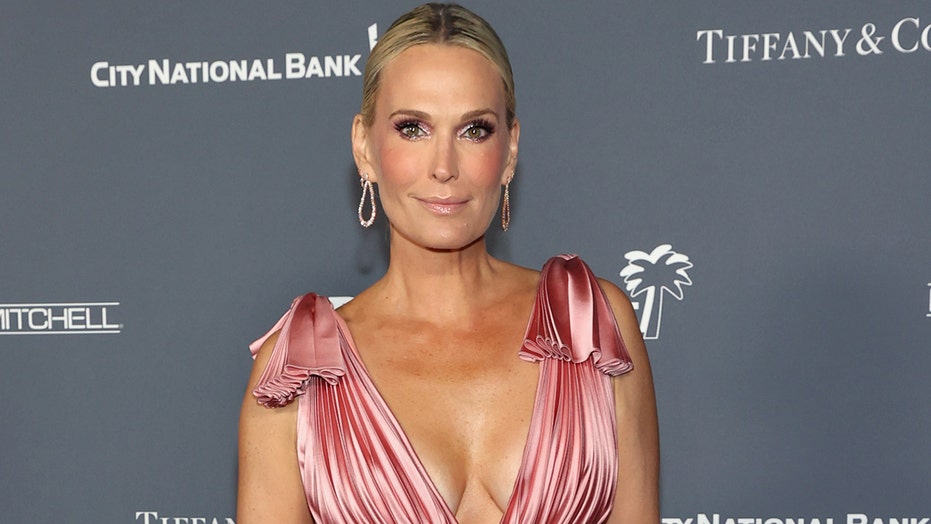 Molly Sims is ready for her close-up.

The model and actress has been at her favorite tropical resort in Cabo San Lucas, Mexico, after spending Christmas in Los Angeles with her family.

For the occasion, the 48-year-old recently took to Instagram and uploaded a photo of herself wearing a tiny floral string bikini. She completed the look with tousled blond tresses, shades and a refreshing drink.

"When the only task of the day is to pick a cocktail," the model/actress captioned the post.

In 2019, the star insisted that staying committed to a 12-minute workout helped her stay active despite having a busy schedule.

The star said she and her trainer recommend carving out extra time whenever possible and to incorporate "a great playlist" to stay motivated.

"This is something that we always incorporate after I do my cardio, which is always a variation," she explained. "I think as a mom or anyone really, it’s important to carve out an amount of time daily to do one thing that clears your mind and releases any stress you may have. For me, this is working out."

The routine consists of jumping jacks, lunges and leg raises, among others, to keep the heart rate up.

Sims, who once wore a $30 million diamond bikini for the 2006 issue of Sports Illustrated, is now a hands-on mom to three children.

Back in 2017, Sims told Fox News she was eager to take on the role of mom after marrying Scott Stuber in 2011 even if it meant putting her career as a supermodel and Hollywood actress on hold.

"You know, I started getting older," Sims explained at the time. "I had my first baby when I was 39… I’ve done a lot in a very short amount of time. It’s like a record. Three kids in five years. But I think because I was older and I met my Prince Charming a little bit later in life that I definitely had to buckle down…We weren’t able to have a real family if I didn’t take a little bit of a step back in my career."

Sims added she has zero regrets about her decision to hit pause on her career.

"Yes, I do miss being on a TV show," said Sims. "It’s a little bit harder to do a lot of different things and just one thing. But it wouldn’t allow me the family time that I have with them. And these years are short. I wouldn’t want to miss them."