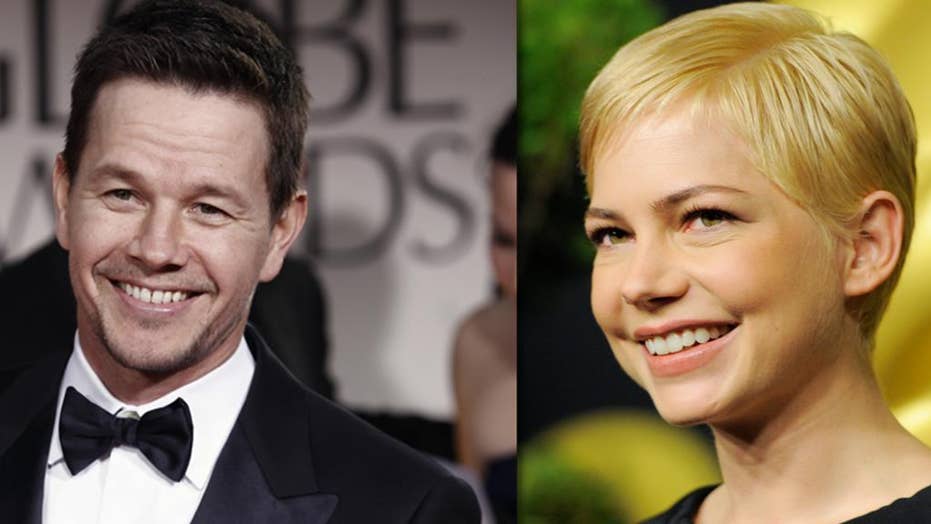 Michelle Williams this week candidly recounted when she was paid far less than Mark Wahlberg when working on the 2017 film “All the Money in the World.”

The actress, 38, took the stage in Washington, D.C., Tuesday in light of Equal Pay Day and to advocate for the so-called Paycheck Fairness Act, a bill co-sponsored by Sen. Patty Murray, D-Wash., and Rep. Rosa DeLauro, D-Conn.

Williams, alongside Speaker Nancy Pelosi and many members of the Democratic Women’s Caucus, told the audience about the moment she discovered Wahlberg received $1.5 million for reshooting his scenes in “All the Money in the World,” a film about the J. Paul Getty kidnapping case, while Williams received less than $1,000.

MARK WAHLBERG KNEW HE WAS PAID 1,000 TIMES MORE THAN MICHELLE WILLIAMS FOR 'ALL THE MONEY' RESHOOTS, REPORT SAYS

The reshoot came after actor Kevin Spacey was cut from the film following a series of sexual assault claims. Spacey was replaced by Christopher Plummer.

“It’s the kind of story I would normally resist: the morality tale with a happy ending, or rather a happy beginning because that’s really why I’m here,” Williams began. “There won’t be satisfaction for me until I can exhaust my efforts ensuring that all women experience the elevation of their self-worth and its connection to the elevation of their market worth.”

“In late 2017, the news broke that I’d been paid less than $1,000 compared to the $1.5 million that my male counterpart had received for the exact same amount of work,” she continued. “And guess what, no one cared. This came as no surprise to me, it simply reinforced my life-learned belief that equality is not an inalienable right and that women would always be working just as hard for less money while shouldering more responsibility in their homes.”

“When the news passed as quickly as it had broken I sat paralyzed in feelings of futility,” she added.

Williams, who has worked as an actress since she was 12 years old, went on to say she has “been accredited by my industry at the highest levels and that still didn’t translate to equal compensation.”

The star recounted when fellow actress Jessica Chastain offered to “take [her] story to her Twitter" months later.

"Jessica’s audience was much wider than mine and she wasn’t afraid to pick up a megaphone and be heard. Heard she was. There was an uproar and a public shaming within my industry that resulted in a $2 million donation to the Time’s Up Defense Fund,” she added.

“When the news passed as quickly as it had broken I sat paralyzed in feelings of futility."

In January 2018, USA Today — citing three sources not authorized to speak publicly on the matter — reported Williams was paid an $80 per diem, which amounted to less than 1 percent of her male co-star's pay.

The reshoot cost a total of $10 million, but the film's director, Ridley Scott, told the newspaper in December 2017 “everyone did it for nothing.”

In reality, however, Wahlberg’s team negotiated a hefty fee, while Williams was kept in the dark, the paper reported.

The film was largely hailed as a triumph — until news of the pay gap got out.

Later, at the Golden Globe awards, actors and actresses wore all black in solidarity with the Time's Up Initiative in Hollywood, which advocates for gender equality and victims of sexual harassment. Williams, Globe-nominated for her “All the Money in the World” role at the time, participated by dressing in black for the red carpet. It's also worth noting Wahlberg after news of the pay disparity came to light chose to donate his $1.5 million paycheck to Time's Up — a donation he made in Williams' name, per The Guardian.

Speaking Tuesday, Williams, at one point, said she could tell the workplace was “changing,” noting she's since been greeted at morning work meetings with a handshake rather than "being grasped too tightly or hugged for too long.”

“I was looked squarely in the eye and I was welcomed to my Monday morning,” she said, adding on a recently completed job that she was "paid equally with [her] male co-star."