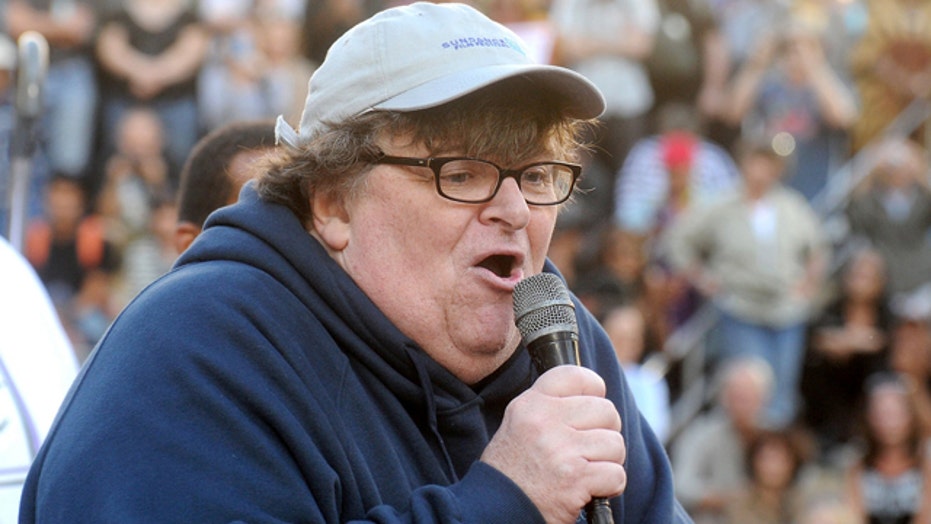 NEW YORK – Michael Moore is no stranger to controversy, and to start the New Year, the filmmaker is up to his old tricks.

Moore offended many with his 2013 New Year’s resolution to “Stop saying I support the troops. I don’t. I used to.”  He explained that anyone who joins the military should know they are joining a rogue institution,

Moore may think any publicity is good publicity, but will anyone with ties to the military support his movies, when he says he doesn’t support them?

Jack Shepard, event coordinator for the non-profit organization Ride2Recovery, which assists injured veterans to overcome obstacles through cycling, told us Moore has lost any support he may have had from the troops.

“I would highly doubt that military members would go and see his movies," he told FOX411.

Mike Baker, former CIA covert operations officer and President of Diligence, LLC, a global intelligence and security firm agreed. “I think they're disgusted. I think they have made a commitment to this country and whether they're on the front line or not, it is a selfless situation for them," he said. "They are out there working on behalf of all those citizens who don't put on a uniform and don't work to defend the national security of this country that allows Michael Moore and everyone else to carry on with their lives.”

Although it may be a smart PR move for Moore to issue an apology to the military community, Shepard says there is no need.

“Personally, to me it doesn't matter if he issues an apology or not. He has the right to say what he wants, that's what the people I know, the troops that I know, that's what they went to war for is to protect freedoms like that,” Shepard said.

“The people I know, the people I associate with, some are still in the military, some are not. They support his right to free speech. That's what they went to war for; put their blood, sweat and tears into wars that they fought; that are what it was for,” Shepard added.

But Baker found it strange that Moore chose to target the troops.

“It's just a very odd, very unfortunate comment to make directed against people who deserve our respect,” he said. “I think, again, the vast majority of the military and their spouses and their families and their supporters are going to be disgusted with his comment."