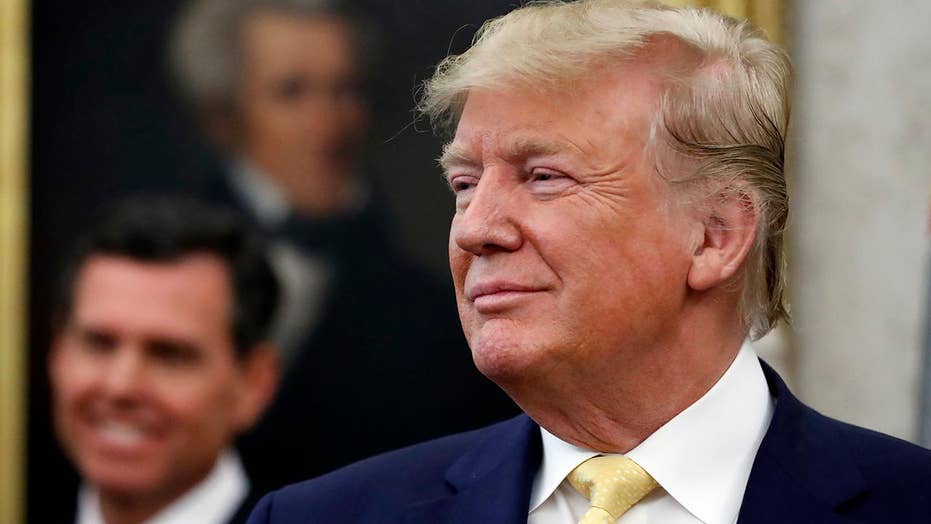 Liberal filmmaker Michael Moore warned Democrats that President Trump "hasn't lost one inch of his fired-up insane base" following the official launch of his 2020 campaign.

Moore weighed in after Trump's official 2020 campaign launch on Wednesday and shared another Twitter user's video taken from the audience showing big cheers for the president.

"I watched the whole thing last night," the outspoken anti-Trump documentarian said about the rally to his 6 million followers. "I know no one wants to waste that kind of time even looking at him, but not wanting to see the enormity of the fight ahead doesn’t make it go away. He hasn’t lost one inch of his fired-up insane base. Are u ready?"

SCARBOROUGH TROLLS TRUMP FOR 'DULL' FLORIDA RALLY: LIKE 'ELVIS IN '77' TRYING TO SING THE HITS

Moore was one of the very few high-profile liberals who foreshadowed Trump's victory in 2016. Last year, he predicted the president "will win" his re-election in 2020.

The Oscar-winning filmmaker has been one of the harshest critics of the president in Hollywood. He released an anti-Trump documentary in 2018 called "Fahrenheit 11/9" and starred in a one-man Broadway show called "The Terms of My Surrender" in 2017.

"The enthusiasm across the country for this president is unmatched and unlike anything we’ve ever seen," RNC chairwoman Ronna McDaniel boasted on Twittter.