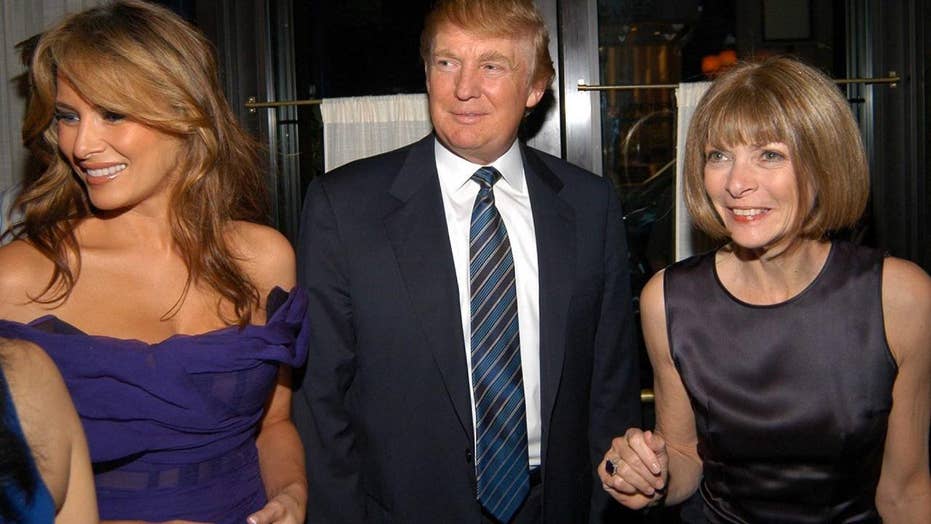 Melania Trump has "more important" things to do than worry about her next Vogue cover.

The first lady's rep told Fox News that being on the cover of the fashion magazine "doesn't define" her after its editor-in-chief, Anna Wintour, implied she wasn't interested in having Melania featured in the fashion mag.

"To be on the cover of Vogue doesn’t define Mrs. Trump, she’s been there, done that long before she was first lady," Melania Trump's spokesperson Stephanie Grisham told us on Friday.

"Her role as first lady of the United States and all that she does is much more important than some superficial photo shoot and cover," Grisham said. "This just further demonstrates how biased the fashion magazine industry is, and shows how insecure and small-minded Anna Wintour really is.

"Unfortunately, Mrs. Trump is used to this kind of divisive behavior."

Melania's remarks come after Wintour was asked by CNN's Christiane Amanpour why Vogue features first ladies and women leaders on its coveted cover. Amanpour failed to mention that the current first lady, a former fashion model, has been M.I.A. from the fashion magazine since taking up residence at the White House, while recent Democratic first ladies Michelle Obama and Hillary Clinton both commanded covers.

"You have to stand up for what you believe in and you have to take a point of view," Wintour told Amanpour of how she picks her covers. "We profile women in the magazine that we believe in the stand that they're taking on issues we support them, we feel that they are leaders."

Hillary Clinton appeared on the cover of Vogue in 1998. (Vogue) (Vogue)

Melania Trump did appear on the magazine's cover in 2005, when she married then real-estate mogul and TV star Donald Trump.

First ladies Laura and Barbara Bush appeared in the magazine, but not on the cover, when they were in the White House.

And while Wintour had plenty to say about why she put Obama and Clinton of the cover of Vogue, she hinted politics is the reason why Melania will not be featured in her magazine.

CNN BASHES MELANIA TRUMP, SAYS SHE ‘CONTINUES TO WHINE’ ABOUT BEING FIRST LADY

Amanpour did not directly name the first lady but she did point out to Wintour that she heavily features Democrats over Republicans saying, "You're overtly political in your profiles."

"If you're talking about the first lady [Michelle Obama] or Senator [Kamala] Harris, obviously these are women that we feel are icons and inspiring to women from a global perspective," she said. "I also feel even more strongly now that this is not a time to try -- and I think one has to be fair, one has to look at all sides -- but I don't think it's a moment not to take a stand.

Melania Trump appeared on the cover of Vogue in 2005. (Vogue)

"I think you can't be everything to everybody and I think it's a time that we live in a world, as you would well know, of fake news...[and] those of us that work at Conde Nast believe that you have to stand up for what you believe in and you have to take a point of view."

Wintour went on to discuss what it meant to her to feature Michelle Obama on the cover of Vogue, not once but three times.

"We were obviously very honored Mrs. Obama was on the cover three times when she was in the White House," the fashion maven shared. "I think Mrs. Obama redefined the role of a first lady...she was fearless and it was such a joy for all of us that work in fashion."