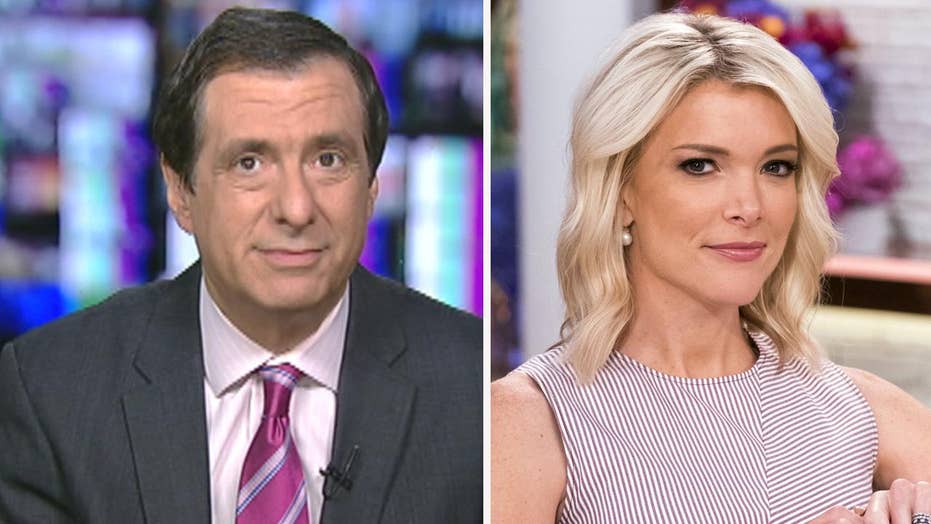 Kurtz: The Mauling of Megyn Kelly

Most TV critics are savaging Megyn Kelly over her “Today” show debut, and the nature of their carping is rather revealing.

They seem to believe that she was one person at Fox News, and is now another person at NBC, and therefore she must be a phony.

And I can tell you, as a former colleague, that is flat wrong.

Any television star is fair game, and NBC is obviously taking a gamble by relaunching Kelly as a morning-show personality. A number of talented journalists, from Katie Couric to Anderson Cooper, didn’t make it as daytime hosts. And sure, it remains to be seen whether Kelly can make the transition to a very different, largely female, entertainment-oriented audience (though being branded as part of “Today” is a big advantage).

What’s fascinating is the way some critics take not-so-veiled shots at Fox, act like Kelly has to be rehabilitated, and then scoff at her authenticity.

Megyn was of course known as a tough-as-nails interviewer with a lawyer’s ability to dissect difficult issues, as well as the woman who was subjected to constant attacks by Donald Trump until they reached a truce. She made no secret of the fact that she felt scarred by the political wars when she left Fox at the end of December for an NBC deal worth upwards of $15 million a year.

But when I worked with her, she also displayed a wicked sense of humor. She was comfortable doing lighter segments. She was at ease sitting down with the Duggar family, of “19 Kids and Counting,” over a child-molestation scandal.

She would say privately that she wasn’t really that into politics, that the nastiness of it was wearing her down, so it was not some bogus revelation when Kelly told the “Today” audience that she was “kinda done” with political stories.

What’s more, her passion in life is her three young kids, who sometimes accompanied her on trips and debates.

None of this guarantees her success. Her Sunday night newsmagazine show fell flat. The thing about television, especially in the morning, is that people either like you or they don’t. That’s why NBC went to such lengths to brand Kelly as part of the "family" (Al Roker giving her a bike ride to work, Matt Lauer cooking her breakfast, hugs from Savannah Guthrie and Kathie Lee Gifford).

But the critics seemed loaded for bear from the moment she stepped in front of the live audience.

"The debut was like watching a network try to assemble its own Bride of Frankenstein, using parts of Ellen DeGeneres, Kelly Ripa and whatever else it can find. The resultant lovely creature, dressed in a mauve, pussy-bow blouse and skintight pants, moved stiffly and waved her arms around in broad gestures in a bizarre attempt to generate excitement from an audience that was already standing and cheering as duly instructed. She interviewed people nervously and so awkwardly that they were cowed into giving monosyllabic answers. She also never missed an opportunity to talk about herself.

"Most of the episode devolved into an intentionally meta hall of mirrors, inviting the audience to admire Kelly as much as Kelly admires Kelly."

"This woman, this goofy dancer, this celebrity interviewer, this cozy companion is who Megyn Kelly tried to introduce Monday morning."

As for Kelly’s "coy psych-out" that she’s had it with politics because "it's gotten so dark":

"That Kelly spent years working at a network that made an unparalleled contribution to that darkness is, well— look, she’s here now, and she would like to share a mimosa with you!" Megyn was, in this telling, "not your typical Foxbot" because she "showed occasional flashes of independent thinking."

The New Yorker took its own partisan shot, saying Kelly was "a picture of competence amid the debauched parade of her former network," and now “the light-hearted, congenitally warm 'new kid on the Rock.' …

"Kelly’s inaugural hour of 'Today' was awkward and without purpose. The show offered no answer as to what distinguished it, and its star, from the packed slate of live morning broadcasts. It was painful to watch Kelly, who is charismatic as a firebrand, regress to an arm-waving neophyte, having been swallowed by the shiny expanse of a talk-show set."

And Time went there as well: "The problem is that Kelly, for all her forced bonhomie, is more chilly than chill. Kelly's work on Fox News, aggressively questioning perceived agents of division in a manner that was itself cleverly divisive, made her a star. Now, there was little left but self."

Would Rachel Maddow or some other liberal host ever be branded “cleverly divisive”? I’ve seen Kelly eviscerate both Republican and Democratic guests. To the extent she became “divisive,” it’s because many Trump fans never forgave her for her debate question about his verbal attacks on women.

From what I’ve seen of the show, Kelly spends lot of time with celebrities, along with some produced segments featuring ordinary people. Yesterday’s conversation with Robert Redford and Jane Fonda was interesting; a jailhouse phoner with murderer Lyle Menendez, to promote an upcoming “Law and Order,” I could do without. But then, I’m not in the target demo.

The bottom line is that Megyn Kelly will rise or fall based on her ability to connect with the audience today, not what critics are saying about her past.