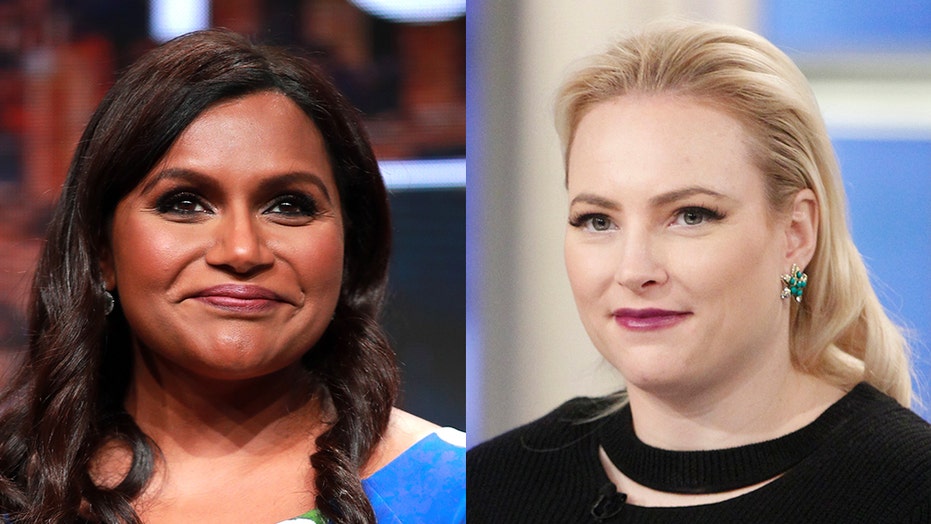 Meghan McCain tagged actress Mindy Kaling on Twitter when condemning producer David Stassen, who seemingly mocked “The View” co-host’s upcoming audiobook in a now-deleted tweet -- but many fans didn't understand what Kaling had to do with it.

McCain announced last week that she has a new audiobook coming out next year. Stassen slammed the project with a vulgar tweet that has since been deleted, according to Yahoo.

McCain responded and tagged Kaling, who worked with Stassen on “The Mindy Project.”

Actress Mindy Kaling was called out by Meghan McCain, but many fans aren’t sure why.

“Sad to find out that you work with someone I greatly admire (and have for a long time) @mindykaling - I know we can’t be judged by everyone we work with but still. What a cruel thing to say. And my book is for women who are judged for being conservative (among many other people),” McCain tweeted on Saturday.

Stassen produced “The Mindy Project,” which ended in 2017. Kaling created and starred in the show but she isn’t currently working on a project with Stassen. As a result, fans of Kaling questioned why McCain involved her in the Twitter takedown.

“This tweet makes it look like Mindy said something about you. People in the comments keep on asking ‘what did she say.’ You should clarify or delete this,” one user responded while another wrote, “Not Mindy's problem, Meghan.”

“Way to blame a woman who is in no way associated with his tweet,” a user replied.

McCain announced last week that she will discuss her conservative views in an upcoming audiobook. She serves as the conservative voice on ABC News’ “The View” and regularly makes headlines for sparring with liberal co-host Joy Behar. Stassen is currently working on a film, “Happy Life,” and regularly tweets anti-Trump messages and liberal talking points.

It does not appear that Kaling ever responded on Twitter and McCain never elaborated on her original tweet.

Reps for Stassen and Kaling did not immediately respond to separate requests for comment.