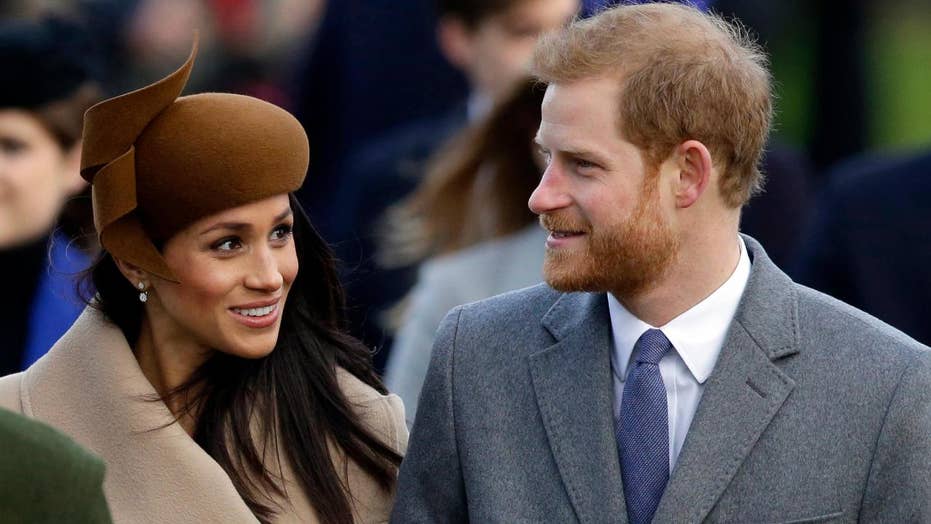 Meghan Markle and Prince Harry haven't even been married a full year, but the pair has already had what seems like a lifetime of family adventures.

The newlyweds are expecting their first child in the spring, and the mom-to-be is glowing. However, as the couple continues to prepare for the birth of their baby, they've continued to face some family drama — particularly, on Markle's side.

Markle's father recently revealed a heartbreaking, 5-page letter Markle wrote him in the wake of her May wedding to Prince Harry.

As Markle's family continues to make news, here's what you need to know about the family, ranging from Markle's yoga-teaching mother to her estranged siblings.

Doria Loyce Ragland, 62, is Markle’s mother. Ragland works as a yoga instructor and social worker in Los Angeles, according to Vogue. Originally from Ohio, Ragland gave birth to Markle in 1981 and divorced Markle’s father, Thomas, in 1987 when Markle was 6 years old.

In a previous interview with Harper’s Bazaar, Markle called her mother a “free spirit.”

“She's got dreadlocks and a nose ring. She just ran the LA marathon. We can just have so much fun together, and yet I'll still find so much solace in her support. That duality coexists the same way it would in a best friend,” she continued.

Ragland arrived in London on May 16, People reported. She is slated to meet Queen Elizabeth II, Prince Harry’s grandmother, prior to the royal wedding.

Thomas, who has another daughter and son from his first marriage to Roslyn Loveless, met Ragland in the 1970s, according to Town & Country.

In an interview with Esquire, Markle said it was her father, a former lighting director and director of photography on the Fox show “Married ... with Children,” who sparked her interest in the entertainment industry.

Markle announced on May 17 her father will not attend the royal wedding.

The news comes after Thomas Markle reportedly staged photos for the paparazzi and underwent successful heart surgery on May 16.

Thomas Jr., who Vogue reported has not seen Markle since 2011, allegedly hand-wrote a letter to Prince Harry, warning him that it's “not too late” to ax his wedding plans with his sister, In Touch first reported. In the same letter, he reportedly called Markle a "jaded, shallow, conceited woman that will make a joke of you and the royal family heritage."

While Thomas Jr. allegedly asked to be invited to the wedding in a separate letter, he will not attend his half-sister’s big day.

The 53-year-old has two children, Tyler and Thomas Dooley, with his former wife, Tracy.

Tracy and her two sons arrived in London just days before the royal wedding, despite the fact they didn’t receive an invite.

During an interview with “Good Morning Britain” in late March, Tracy and Tyler said they “proudly support” Markle.

Grant, who has two sons and is reportedly writing a memoir titled “The Diary of Princess Pushy’s Sister,” previously told Fox News her relationship with Markle was "really hurt" for a while because of "the perceptions out there."

“And I have to say, my book’s not what all of these people are saying it is… Just because it has the word ‘pushy’ doesn’t mean it’s a slamming tell-all… I was making fun of the tabloids," she added.

Grant blamed “geographical differences” between the two as a reason for her minimal contact with her half-sister, adding that the last time she spoke to Markle was in 2014.

MEGHAN MARKLE AND PRINCE HARRY’S ROYAL WEDDING: EVERYTHING YOU NEED TO KNOW

Grant and her family are new to the spotlight, which can be difficult at times, she also told Fox News.

“As much as I love and respect Meg, she’s got security and a publicist and can be protected from all that,” she said. “She and Harry can tell the media to stop. The rest of the family doesn’t have that luxury. I love her, [but] she may not want me saying anything."

"I refuse to be a victim of the media. I’m not going to let them disparage me, embarrass me personally and professionally and not defend myself…. I can only hope she would respect and understand that… In fact, if I were Meg, I would probably put something out there so that there was some sort of protective mechanism in place where the family couldn’t be tortured as much,” she added.