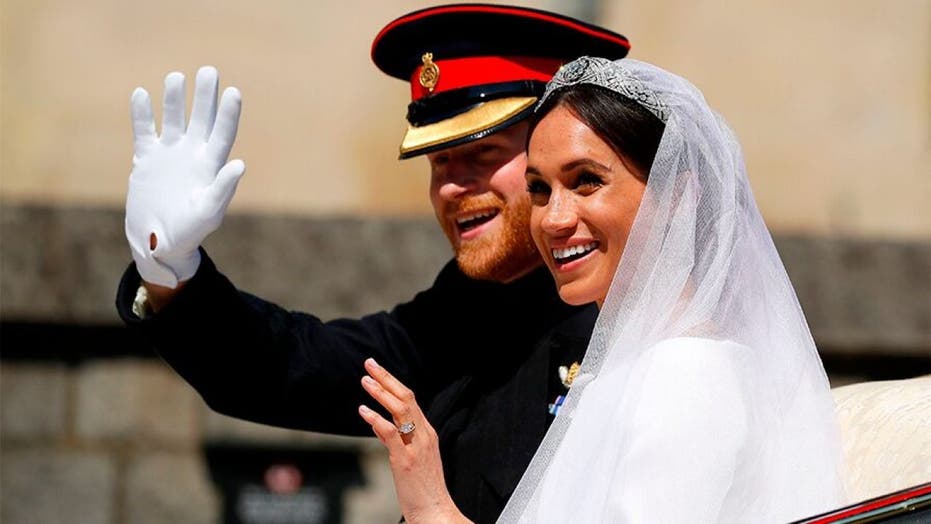 Meghan Markle and Prince Harry exchanged creatively themed gifts in order to celebrate their second anniversary on May 19.

The date marks two years since the Duke and Duchess of Sussex’s high-profile and massive wedding at Windsor Castle in 2018. The couple reportedly kept up the tradition they started last year on the first anniversary of their nuptials.

A source told People that Harry and Meghan do their own version of a wedding anniversary tradition.

“They love to do their own take on traditional wedding gifts,” the source told the outlet. “The first anniversary was paper, and Meghan wrote out the wedding speech and had it framed for him.”

Meghan Markle and Prince Harry were married on May 19, 2018 at a lavish ceremony at Windsor Castle. (Getty Images)

The unnamed source added: “This year, they both gave each other gifts based on 'cotton.' Undoubtedly, it was a very creative and romantic gesture as all their gifts are to one another."

The outlet reports that the cotton anniversary refers to the woven threads that symbolize how people become interconnected as they learn more about each other through marriage. Another source told the outlet that the duo rang in the big occasion by spending a quiet day together with their son, Archie, who celebrated his first birthday earlier in the month.

This marks the first anniversary that the Duke and Duchess of Sussex spent in their new home city of Los Angeles after announcing in January that they planned to step back from their senior royal duties in order to live in North America financially independent of the crown.

When Markle became engaged to Harry, the TV star seemed to charm everyone she met. She and Harry toured Britain to adoring crowds and the press praised her as a welcoming breath of fresh air.

But soon after, Markle learned that life in the royal fishbowl was far from glamorous. After ruthless tabloid scrutiny, public family drama and lingering rumors of royal rifts, the 38-year-old and her husband, 35, stunned the world by announcing their plans that were quickly dubbed “Megxit” by the public. Since then, they’ve been seeking financial opportunities in North America and keeping their public interaction relatively light.