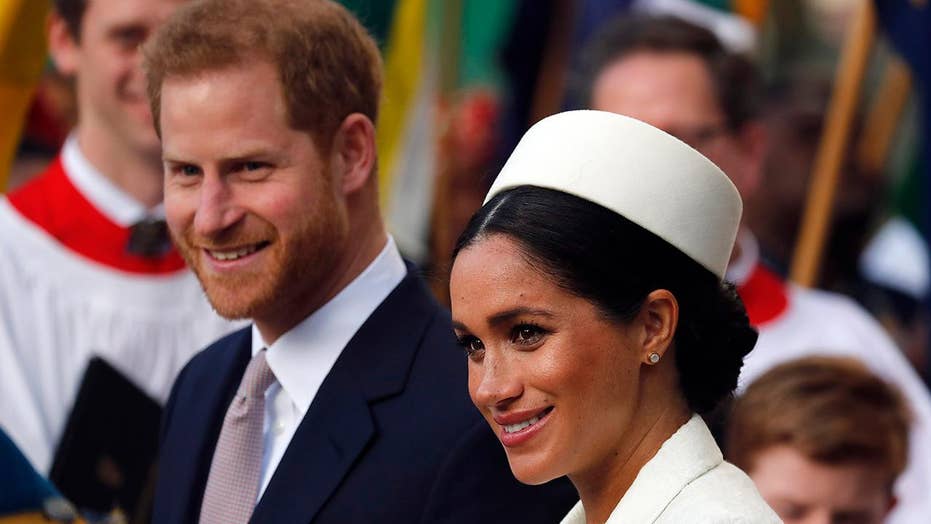 Meghan Markle and Prince Harry's joint debut on Instagram was very well received. In fact, the pair is already so popular on the photo-sharing platform that they broke an Instagram record — it took them less than six hours to get 1 million followers.

On Wednesday, the Guinness World Records announced that the Duke and Duchess hit 1 million followers in record time: 5 hours, 45 minutes. The account has since doubled its following, with more than 2.8 million followers as of 2:30 p.m. ET.

"The royal couple have taken the title from K-Pop star Kang Daniel, who achieved 1 million followers in 11 hours 36 minutes - double the amount of time it took Harry and Meghan. The 22-year-old acquired the title in January after posting a selfie with the caption 'HELLO,'" Guinness World Records explained in a blog post, noting that the pop star dethroned Pop Francis, who reached 1 million in 12 hours back in 2016.

The pair successfully launched their joint Instagram account on Tuesday — just weeks before Markle is expected to give birth to their first child.

“Welcome to our official Instagram; we look forward to sharing the work that drives us, the causes we support, important announcements, and the opportunity to shine a light on key issues. We thank you for your support, and welcome you to @sussexroyal," the couple captioned their first post, which contained a slideshow of highlights throughout their marriage thus far.

They shared nine photos with their followers, including special moments from their Australia trip last fall, greeting flag-waving fans in London, Harry shaking a military member's hand and Markle hugging women involved with the Hubb Community Kitchen, which was started after a fire broke out at London's Grenfell Tower high-rise in 2017, killing 72 people.

Hundreds of people welcomed Markle and Prince Harry to the social media platform, including Kensington Palace.

The royals' Instagram debut apparently caused the app to briefly crash, preventing some users from pressing "follow," according to the Guinness World Records, which cited journalist Benjamin Wareing.

"Multiple social media users reported to me that they had to click the follow button multiple times over a period of minutes for the follow to ‘stick’ permanently. Prior to this partial crash, the account was receiving on average 7000 followers per minute sustainably," reported Wareing in a Medium blog post.

Markle deleted her Instagram, Twitter and lifestyle blog after becoming engaged to Prince Harry. In early March, the Duchess said she tries to stay off social media.

“My personal decision is to not to feed into negativity and be more cause-driven, action-based. For me it’s a tricky one, because I’m not part of any of that,” said Markle at an International Women’s Day panel at King’s College in London, according to People. “I don’t look at it. Sorry, no. For me that is my personal preference. But I do read The Economist.”

However, things may now change now that Markle has her own royal account. It's likely the palace will break royal baby news on social media — as it has in years past.