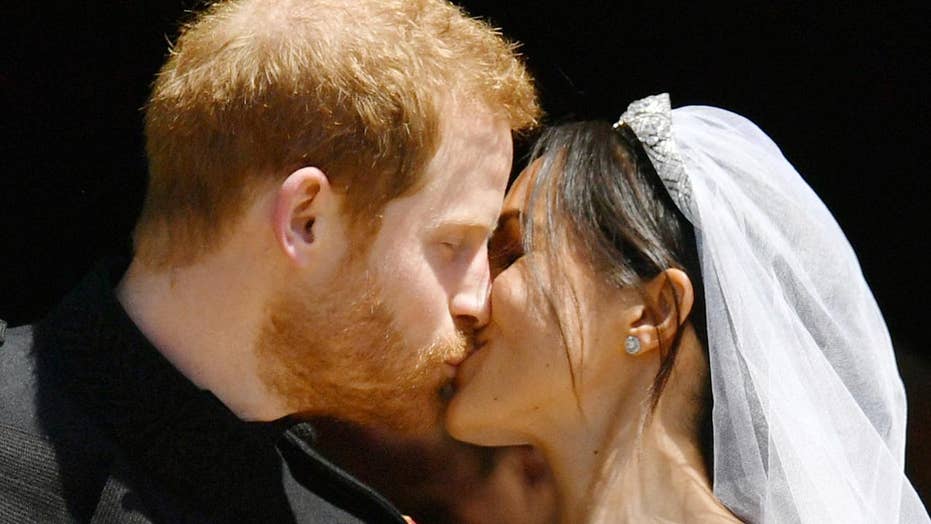 Meghan and Harry: The Royal Wedding in two minutes

Royal Wedding: A recap of the nuptials from the famous guests, the incredible fashion, the grand processions, the vows, and the speech by Bishop Michael Curry, to the incredible kiss between newlyweds Meghan Markle and Prince Harry.

Kensington Palace announced Thursday that the Duchess of Sussex will be the patron of four royal organizations, with two of her roles taking over from Queen Elizabeth II.

"The Duchess of Sussex will become Patron of four organizations that reflect the causes and issues with which she has long been associated including the arts, access to education, support for women and animal welfare," Kensington Palace said in a statement.

She will be patron the National Theatre, a natural fit for the former "Suits" actress, as well as the Association of Commonwealth Universities, the Mayhew (animal welfare) and Smart Works, which empowers women and helps them find work.

"Over the past year The Duchess of Sussex has held meetings and conducted private visits with each of these organisations — today she will visit @SmartWorksHQ, and over the coming weeks will undertake public visits to the other three," Kensington Palace tweeted.

Markle, 37, visited Smart Works Thursday, where she reportedly aided women in need picking out clothes for work and job interviews, as well as helping with career coaching.

Markle will surely be one of the busiest royals in 2019: On top of her royal patronages, she and Prince Harry are expecting their first child in the spring.