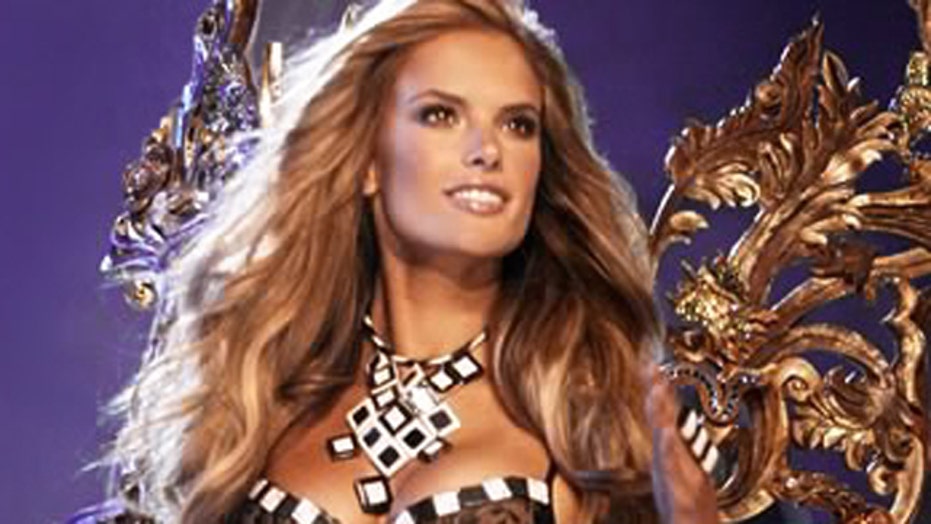 Sexy Brazilian model and actress Alessandra Ambrosio appears in a nude cover photo on the new issue of Maxim — but it is a photo inside that has her steamed.

The 34-year-old brunette did not like that 38-year-old investor Sardar Biglari, whose Biglari Holdings purchased Maxim in 2014, stuck around for every minute of the two-day shoot last summer in Monte Carlo, an insider said.

At one point, insiders said, the Victoria’s Secret stunner reluctantly agreed to pose in a photo with Biglari on a balcony of the Hotel de Paris — with the express understanding it was not for publication.

Alessandra “was creeped out by Biglari, who hung around on the set,” said the insider.

“That’s not going to run, right?” an insider said she asked Fashion Director Wayne Gross after the photo with Biglari was taken.

She was assured it was not for publication, the insider said.

But the Ambrosio and Biglari photo — with him dressed in white and puffing on a big cigar — was published, splashed in a huge way on a two-page spread under the headline, “A View to Kill.”

Biglari is not identified in the photo, but an insider said the Iranian-born investor, who fancies himself a mini-Warren Buffett, spends a lot of time in Monte Carlo and was boasting to staffers about the photo shoot for weeks.

Normally, Maxim Editor-in-Chief Kate Lanphear would have shown the selected photos to Ambrosio’s agent or manager for approval, said the insider.

But Gross was gone in September and Lanphear was bounced in October — along with most of the creative and design team. It is not clear if the photos were run by Ambrosio.

A spokesman for Ambrosio told Media Ink his client had no trouble with the nude cover photo shot by noted fashion photographer Gilles Bensimon.

“She tweeted it on Instagram,” the spokesman, Milos Blagojevic, at Full Picture Management, told Media Ink.

Asked if she objected to the publication of the photo of herself and Biglari, he said: “We have no comment on that.”

Bensimon this week denied there is any rift between Ambrosio and Biglari.

“In absolutely no way did the described situation occur,” he said in a statement released via Maxim. “Alessandra was a dream to work with and enjoyed the photo shoot. She was incredibly pleased with both her cover and the spread.”

Lanphear was officially out on Oct. 22, only days after publisher Kevin Martinez revealed that a second redesign is planned for early next year and that the slumping magazine was going to slash the rate base from 2 million to 900,000.

The dust-up is just the latest chapter in the recent turbulent history of the magazine. Maxim was sold to Biglari Holdings in February 2014 for $12 million after an earlier deal to sell it to Darden Media for $31 million collapsed in late 2013.

Biglari had nothing to do with the failed sale to Darden that resulted in the fraud conviction of Calvin Darden Jr. and the indictment of lawyer Harvey Newkirk on related charges. Newkirk is on trial in Manhattan federal court.

Maxim posted an operating loss of $10.1 million in the first half of 2015. But Biglari wants to leave his stamp on the title, literally.

In the December issue, a version of his signature appears in the upper left corner of the magazine.

A Maxim spokeswoman said his signature will now appear on all future issues.