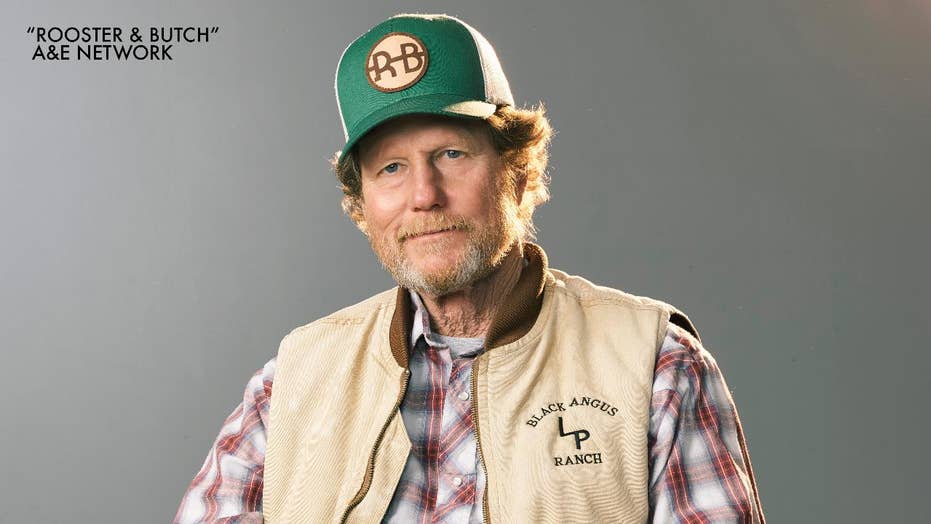 Miller Lite and Olympia may be names of beers to the regular Joe, but to the McConaughey family, they’re names of important family members. Mike 'Rooster' McConaughey reveals how he named his children and talks about his new show on the A&E network.

This self-made millionaire doesn’t need the help of his movie star brother to get ready for his close-up.

Fox News spoke with the dynamic duo about how Texas helped them obtain financial success, as well as why McConaughey chose to name his children after beer.

Fox News: How did West Texas help you achieve success and wealth?
Gilliam: Rooster and I are native West Texans. And West Texas has been very good to us. Rooster and I often tell people that it’s a rugged environment, but it’s a very rewarding place to live… And West Texas will give you back tenfold of what you put into it... People come off the farms to fill the need of workers in the oil field. And that old farmer mentality, neighbor helping neighbor – it’s still prevalent in West Texas to this day. We love West Texas and we’re very appreciative of it.

Fox News: How does one become a self-made millionaire in this country?
McConaughey: First of all, not everybody’s gonna become one and I don’t think they should put this gigantic importance on it because you don’t measure success with wealth. We were lucky enough that we worked a long, long time at it. We only know the take your time kind of way to do this.

If you want to get rich overnight, we’re not the guys you want to talk to. And it’s not all about getting a whole bunch of money. There’s enough money to go around for everybody… Money is just convenience, like when I first had two cars… You can’t just get rich in money. You have to get rich in mind, body and soul more than anything else. And do business with a conscious.

Fox News: It’s been said actors in Hollywood tend to be greatly overpaid in comparison to the common working man. What’s your take?
McConaughey: I think that was years back when they were giving them $20 million a movie. A lot of these guys, no matter how big they are… I think the pay rate went way down whenever Hollywood started figuring out the money wasn’t going in the right direction. I think everybody kind of backed up and started all over again. At least that’s what I understand. [My brother is] way ahead of me anyway! I’m glad they cut everybody back.

Fox News: Rooster, is it true you named your children after beer?
McConaughey: What happened was I always drank a lot of Miller Lite, always had it ‘round the back of my truck with this big ol’ box and basset hound... I got married. My wife gets pregnant and all my buddies are going, "Hey man, get ready. Your life’s gonna change. You can’t go be riding ‘round with that Miller Lite all the time. Because you’re gettin’ ready to have a kid." And I went, "You know if things work out, I’ll be able to take Miller Lite to church."

And I sure as hell did! [My son is named Miller Lyte. But it's] L-y-t-e. And so, I got away with it. So my wife gets pregnant again and she goes, "I’m naming this [one] and you stay out of it." Well, her grandmother’s name’s Margarita. And so she names her Margarita. But in the meantime, they can’t come up with a middle name. She looks over at me and goes, "Can you help us come up with a middle name?" I said "I thought y’all didn’t want me to have none ‘do with it."

So I threw out Olympia. They jumped all over it. Little did they know that was the name of a beer. I named my little daughter after a dead beer. But now they’re making it again. And as I tell Miller Lite, if y’all don’t start sponsoring us, I’m gonna start drinking Olympia again.

Gilliam: It might be good advice to tell your female readers to never ask their husbands what to name their children when they’re still under anesthesia... If you name your kid Miller Lyte, you might be a redneck.

Fox News: Was there a job that ended up paying really well for the both of you?
Gilliam: You know, there’s nothing [magical] about our success, Rooster and I. We started at the bottom, worked our way to the top… When I was 12 years old, my dad handed me a shovel and a broom. We worked in an old building that was cold as hell in the winter time and hot as hell in the summertime. Hard work, just hard work. Back-breaking work.

But as a family, we worked together… I believe if you focus on becoming a millionaire, if that’s all you’re obsessed with? I don’t think you’ll ever become one. Most people won’t ever attain it. I think what you should do is be as dedicated to doing a good job. Be the best that you can be in what you do. The reward will come.

McConaughey: And while you’re out there if you do business with a conscience and you fight fair and you’re an honest person, even if you fail the first time, you’re going to get a second chance. If you’re one of those God awful-people who takes no prisoners, likes to run people over for personal gain? You better get it right the first time or change your name.