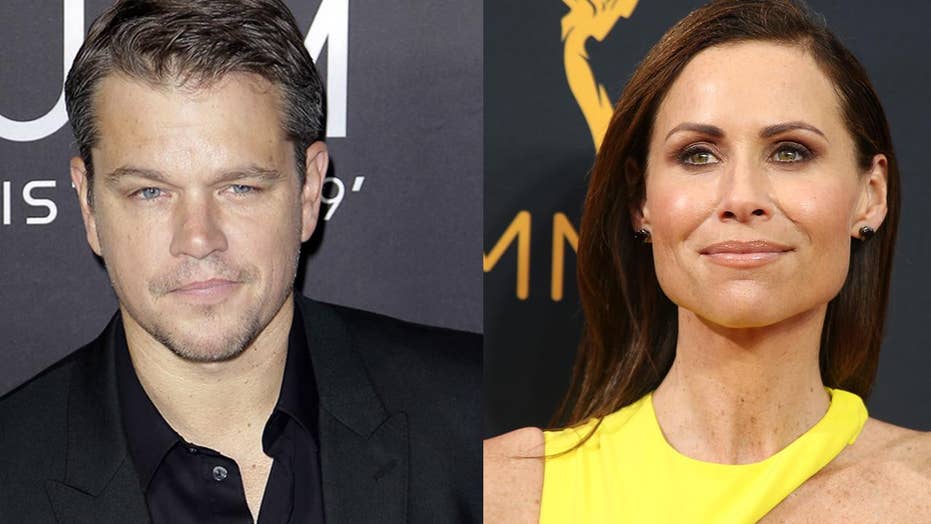 Matt Damon’s ex girlfriend, and former co-star, Minnie Driver, is not at all pleased with his recent comments on sexual harassment and the confession by comedian Louis C.K.

Damon recently spoke to ABC News with regards to the recent outpouring of accusations of sexual misconduct against powerful men in Hollywood, arguing that a lot of false equivalencies are being made right now.

“There’s a difference between, you know, patting someone on the butt and rape or child molestation, right? Both of those behaviors need to be confronted and eradicated without question, but they shouldn’t be conflated,” the star said.

These comments prompted a swift response from Driver, who said she felt compelled to speak after keeping her silence.

“God God, seriously?” she wrote on Twitter. “Gosh it’s so interesting (profoundly unsurprising) how men with all these opinions about women’s differentiation between sexual misconduct, assault and rape reveal themselves to be utterly tone deaf and as a result, systemically part of the problem.”

Speaking to The Guardian, Driver explained that she’s growing frustrated with the growing contingent of men attempting to codify and explain abuse to women, including “good men” like Damon.

“I’ve realised that most men, good men, the men that I love, there is a cut-off in their ability to understand. They simply cannot understand what abuse is like on a daily level,” she told the outlet. “I honestly think that until we get on the same page, you can’t tell a woman about their abuse. A man cannot do that. No one can. It is so individual and so personal, it’s galling when a powerful man steps up and starts dictating the terms, whether he intends it or not.”

“I don’t understand why Matt would defend Louis CK,” she said. “It seems to me that he thinks that because he didn’t rape somebody – so far as we know – that what he did do wasn’t as bad,” Driver told the outlet.

The star’s response comes roughly two months after a firestorm of allegations against Harvey Weinstein prompted an unprecedented conversation in showbusiness about sexual misconduct. The topic has become so pervasive that personalities such as Kevin Spacey, C.K., Matt Lauer, Dustin Hoffman and many more have faced public consequences over accusations about their alleged past deeds.