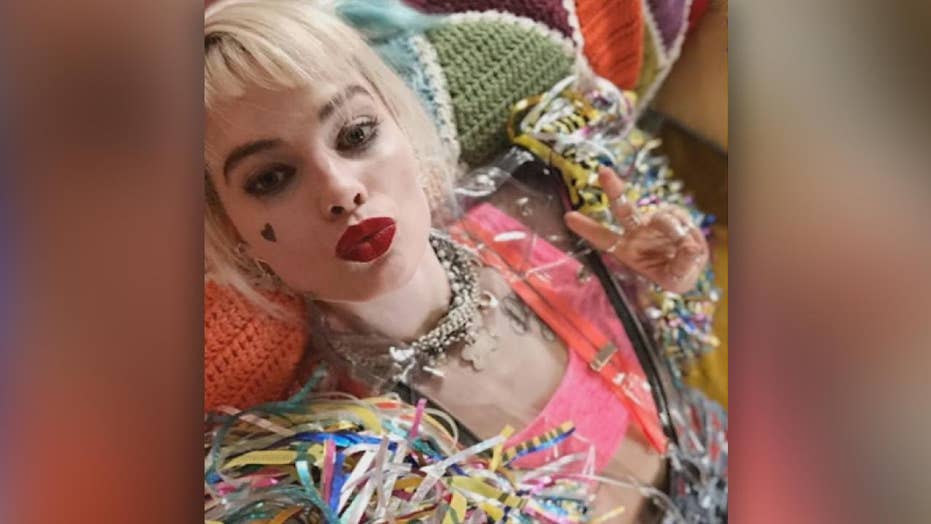 Villainess Harley Quinn is ready for her close-up.

Margot Robbie, 28, gave fans a first look Monday at her character's makeover in the upcoming movie "Birds of Prey (and the Fantabulous Emancipation of One Harley Quinn)." Yes, that's the full title.

The photo features a red-lipped, platinum blond Harley Quinn with a heart drawn on her cheek donning an '80s-style outfit. Many fans noted it was drastically different from her "Suicide Squad" look.

MARGOT ROBBIE IN TALKS TO STAR IN 'BARBIE' MOVIE: REPORTS

"The dog necklace with 'Bruce' wrote on it. HEHEH Harley what a messy girl," one fan observed.

"Can’t wait Harley Quinn ♦️ is back @margotrobbie," another commented.

The film, which is slated to come out in February 2020, will center on Robbie's DC Comics character.

"After splitting up with The Joker, Harley Quinn and three other female superheroes – Black Canary, Huntress and Renee Montoya – come together to save the life of a little girl (Cassandra Cain) from an evil crime lord," IMDB describes the plot online.

Robbie recently discussed the film with Jimmy Fallon on "The Tonight Show" and told the host it's "not a very serious movie."

"Birds of Prey makes it sound very serious and that's kind of like Harley adding her, like, 'Hey, don't worry. I'm in this too,'" she joked, according to The Hollywood Reporter. "I love a long title. I said that when we were thinking of the title. I was like, 'You know what? You know what's a great title?' Did you ever see 'The 100-Year-Old Man Who Climbed Out a Window and Disappeared?' Long title, but I love it."

A teaser for the film was also dropped on Monday and gave fans a quick peek at the various characters.