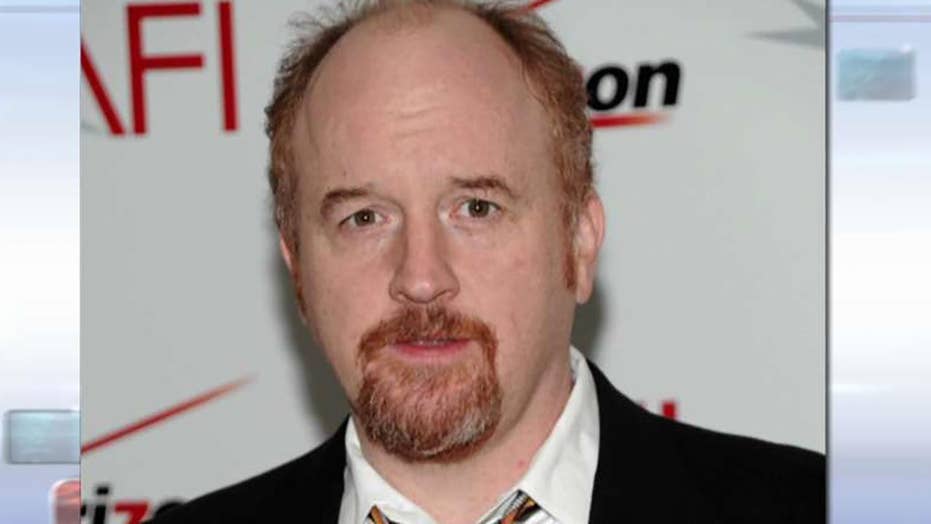 The New York premiere of comedian's upcoming film canceled along with scheduled appearance on 'The Late Show With Stephen Colbert.'

Hollywood has spoken out on social media in the wake of a bombshell New York Times report which details comedian Louis C.K.'s alleged sexual misconduct toward women.

C.K. admitted Friday that the allegations made against him were true.

"I’ve been hearing things for the past few years," former child actress Mara Wilson tweeted on Thursday. "Some of these were surprising — I somehow didn’t know about Spacey until like a month ago. This one was not."

"Ellen" producer Andy Lassner called both C.K. and Roy Moore, also accused of sexual misconduct in a Thursday report, "disgusting" in a tweet.

"You don’t need to pick only one just to push your political viewpoint," he wrote.

"Gentlemen, comedy is often inappropriate," "Seinfeld" star Jason Alexander tweeted. "It is sometimes daring and audacious and shocking. But our behavior, in the real world, toward women - that doesn’t get a pass on inappropriate."

"For everybody asking, I know and like Louis C.K," comedian Michael Ian Black tweeted Thursday, including a link to the Times piece. "I won't defend him. This is inexcusable and he needs to address it."

Rosie O'Donnell also tweeted a link to the Times article, writing, "nothing will ever surprise me again regarding men."

"Misogyny is a cancer," he said in a tweet including a link to the Times report. "Harassment and abuse are that cancer metastasizing and going untreated. Stories like this being reported and printed are the first steps toward a cure."

In another tweet, Schur wrote, "I don't remember when I heard the rumors about him. But I'm sure it was before the last time he was on Parks and Rec. And that sucks. And I'm sorry."

Director Judd Apatow tweeted a screenshot of part of the Times article Thursday.

"This to me was one of the saddest parts of the Louis CK story in the @nytimes," he wrote. "When you disrespect and sexually harass young, vulnerable people you become a dream killer."

In a tweet Friday, actress Rose McGowan, a vocal critic and alleged victim of Harvey Weinstein, wrote that she heard about some of the allegations against Louis C.K. two years ago despite the fact she's "no way connected to the comedy scene."

Actress Molly Ringwald tweeted Friday, "I appreciate the sentiment, but Louis CK's 'apology' is the only piece of bad writing he's ever produced."