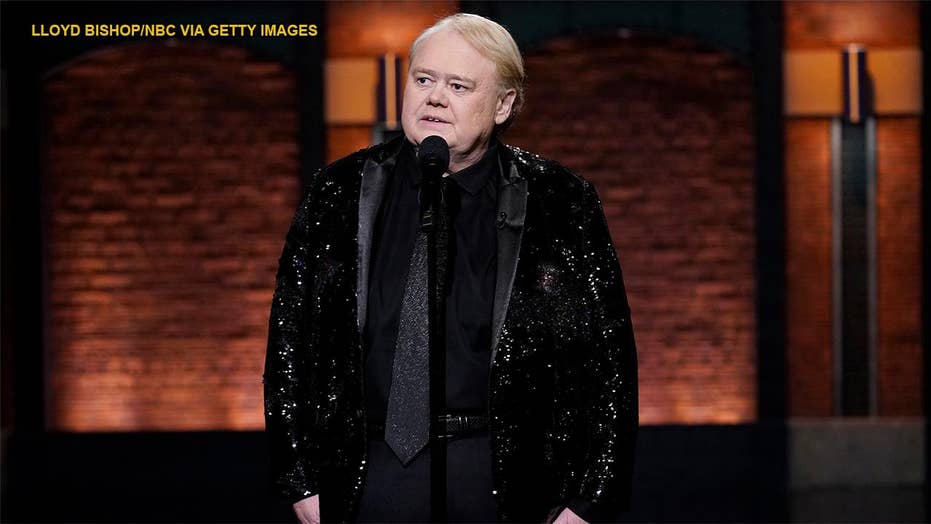 Louie Anderson says ‘Baskets’ made him closer to late mom: ‘I got a little emotional a few times’

Louie Anderson says 'Baskets' made him closer to his late mother. The comic talked pursuing standup, whether he’ll appear in 'Coming to America 2' and whether comedy is becoming too political.

Louie Anderson isn’t clowning around when it comes to Season 4 of “Baskets.”

The 66-year-old comedian stars in the hit FX series as matriarch Christine Baskets, whose son (Zach Galifianakis) is determined to keep his dream of becoming a professional clown alive.

Anderson says the experience of becoming a Costco-loving mom from Bakersfield has been bittersweet, as he channels the women who’ve shaped his own life, specifically his mother Ora Zella Anderson, who died in 1990.

When the star is not filming “Baskets,” he tirelessly hits the road, pursuing his love of making audiences laugh on stage.

Anderson spoke to Fox News about what fans can expect from “Baskets,” revisiting his past, whether comedy is getting too political and whether there’s any chance he would considering appearing in “Coming to America 2.”

Fox News: How does it feel to kick off the new season of “Baskets”?
Louie Anderson: Well, it's bittersweet because I just wrapped not too long ago, so there's a little melancholy in that always. But it feels great to accomplish it. We had a tremendous season, one that really hit me emotionally more than any of the other seasons. I think there's a culmination of the whole thing.

A couple of times I got punched where I was doing these scenes and said, "Was my mom ever this happy?" I got a little emotional a few times, but they're great scenes. I think it made me even closer to my mom if that's possible. This season, I don't want to say it's the best season because that's unfair to the other seasons, but it was the best season.

Fox News: It’s been said you channeled your mother and five sisters to play Christine Baskets.
Anderson: Well, yeah. Each sister is a certain ... My sister, Lisa, we're probably the most alike. We look the most alike, and she's the most like my mom, always taking care of everybody. Sheila is a little more like my dad, a little mean at times and a little opinionated like Christine can be. Shana, she really looks a lot like my mom and looks a lot like Christine. She's funny and she has a million stories.

Mary, who really was the other person, she and I when we were kids really looked ... People used to get us mixed up, we were so close, you know? Then Rhea, I just loved her. She was so smart. I love that I can pull little bits and pieces from each of those characters and my mom and really make this like a collage of the females in my life who influenced me.

Fox News: How has playing Christine changed your perspective of women?
Anderson: Well, first of all, the clothes are much more comfortable. I'm tired of being lowered into my pants. It's no fun. I love the outfits. They celebrate Christine. They're fantastic outfits with great color. Myles Ahead is the name of the ... She makes all those clothes for Christine. I must tell you, they really resemble what my mom liked to wear. In the '60s, my mom wore a pantsuit. She was a very progressive woman. That really makes me feel it.

I didn't realize my mom got up, [applied] makeup, and got her hair done before she made us breakfast. I thought she woke up like that. I really got that perspective. Then the third thing is this — when I am Christine, people treat me different than when I'm a man. I felt that right away. I went, "Oh, this is crazy." Then when I used to tour with Roseanne and Rita Rudner, I also saw that whole thing where people would defer to me instead of Roseanne and Rita. I always tried to write that even back then.

Fox News: With social media, are you ever worried about saying the wrong remark or joke on stage?
Anderson: Yeah, you do, you worry about that, but I come from a family of 11. My dad said every inappropriate political thing. I'm careful. I kind of know what not to say. My comedy is all about love and about family, so it's not really about trying to incite people. My thing is about, hey, can we find a little more love in the world and can we find a little more silliness because those are really good. I just talk about my mom and dad, sisters and brothers in my act, and of course food, and family, and fat, and being over 50, and all the F words, but without getting in trouble.

Fox News: There are rumors of a "Coming to America 2." Are you going to be a part of that?
Anderson: I hope so. I love Eddie Murphy, and Arsenio Hall, and all the people involved in that. That movie really was a big, big boost to my career. People love it. They come up to me and go, "You're the fry guy from McDowell's." That's the most asked question I've been getting lately.

I hope I'm in "Coming to America 2." I really look forward to seeing all those people again. The other thing is I love being a part of iconic things. This movie, even when I was making it, I went, "This is going to be something special." And so I'm really hopeful and excited about the second one. I hope that Eddie and those guys will have me in it.