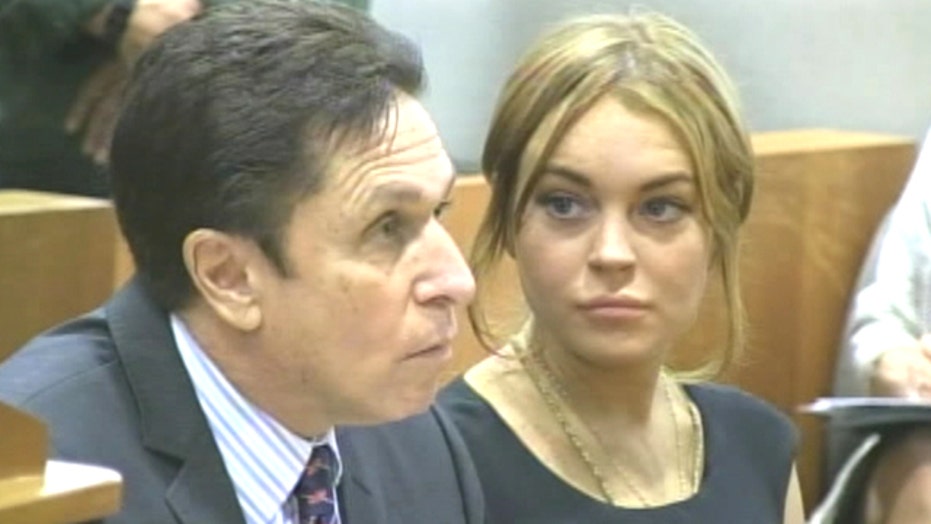 Why did Lohan switch lawyers?

Lindsay Lohan has a new lawyer, but will he be able to keep her on the straight and narrow, and out of jail?

NEW YORK – Lindsay Lohan was back in court again this week, during which Judge Stephanie Sautner scheduled two court dates -- a March 1 pre-trial hearing, and a March 18 trial -- to address charges Lohan lied to police about a car accident last year.

But this time through the California court system, Lohan doesn't have her longtime lawyer, Shawn Chapman Holley, by her side. Lohan abruptly fired Holley last week in favor of New York-based attorney attorney Mark Heller, which has some wondering if the legal switch is the latest big mistake for the troubled star.

“Lindsay is absolutely making a mistake. She had a terrific lawyer, Shawn Holley, who represented her in several cases," Fuller said on FOX411's In the Zone. "I mean Lindsay’s in court all of the time. Shawn has managed to keep her out of jail for the most part and Shawn knew everything about Lindsay’s cases. Now Lindsay fired her."

Criminal defense attorney Michael Cornacchia said Lohan may have ended her legal relationship with Holley for a few reasons.

“It’s interesting that they replaced her existing lawyer, who did an extraordinary job, and the question came up why would someone replace a lawyer?" Cornacchia said. "Generally there’s a couple of reasons when someone replaces a lawyer. Number one reason is money. They don’t want to pay them anymore or they run out of money. Number two there’s something called litigation fatigue; that’s when the lawyer and the client get tired after so much togetherness on a case. The third thing is where a lawyer has a client who doesn’t follow their advice and makes the lawyer look dishonest or foolish.”

Although it’s unclear to why Lohan parted ways with Holley, Cornacchia said Lohan’s new lawyer, Mark Heller, has been known to play to the media.

“Mark Heller is considered to be a flamboyant type. I think that’s a fair analysis. It’s public knowledge he was suspended several years ago. He is also the first lawyer to engage in heavy publicity marketing, advertising for lawyers. He was actually a pioneer in that area.” Cornacchia said. “He’s had several well known clients with varying degrees of success.”

Including serial killer Son of Sam.

“I think it was [Heller's] first big case," Cornacchia said.

Fuller, for one, doesn't think Heller did Lohan any favors in court on Wednesday.

“Mark Heller did add to the circus of Lindsay Lohan in court. I mean that’s a pretty hard thing to do, but when you go in carrying a rabbit’s foot for good luck, I mean what does that say to your client?" Fuller said. "You as a lawyer want to inspire confidence in your client, you don’t want to think that your lawyer's counting on luck to take care of you."