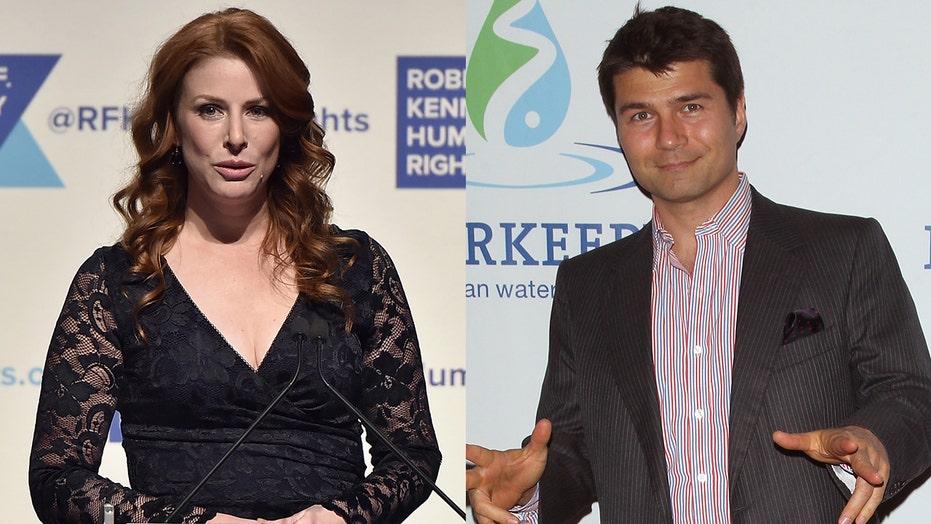 “Law and Order: SVU” star Diane Neal’s legal dispute with her ex-boyfriend, professional magician JB Benn, took a shocking turn following newly released audio of her threatening to murder him and his dog.

Neal's magician ex-boyfriend is a con artist who physically and sexually abused her, impersonated her over email and text messages to friends and colleagues, and harmed her pets, she claims in an amended complaint to a lawsuit filed last week. However, in a new lawsuit reportedly filed by Benn, he claims she threatened his life and the life of his dog.

According to TMZ, which obtained leaked audio of the threats and court documents, Neal dresses her ex down in an expletive-filled tirade before issuing the threatening statement.

“You are the least fun person I have ever met. You don't think it's about connections because you refuse to be connected with anybody. Even me! Which is why I am going to punish you with death and kill your f---ing dog," she shouts.

“Because I gave you f---ing everything, something everyone else on this f---ing planet wanted! Even Marcus,” she continues, referring to her ex-husband, Marcus Fitzgerald. “He was so livid that I didn’t want to be with him anymore. He fought because he didn’t want me to go. You on the other hand, can’t even give me your cell phone code, you f---!”

Magician JB Benn reportedly filed a lawsuit in response to his ex, Diane Neal's recent filing against him. (Photo by Jim Spellman/WireImage)

Neither representatives for Neal nor Benn immediately responded to Fox News’ requests for comment.

The lawsuit from Benn is in response to Neal’s, which includes some shocking, and somewhat similar, claims against him.

Neal, who played prosecutor Casey Novak on the hit series for 11 years, alleges that he pushed her out of a $529,900 home she partly paid for. Her claim, according to The Daily Mail, stated: "At the time, the parties agreed that Benn initially would take title of the property under his name alone in order to avoid complicating issues related to Neal's divorce, then add Neal to the title once those issues were resolved."

The documentations from the nearly two-year-long lawsuit showed that the actress stated that her ex “defrauded her of millions” and “violently inflicted emotional distress” on her via “a campaign of isolation, terror and (physical and sexual) assault, and destroyed her reputation by doing so,” according to The Daily Beast.

Neal claims, among other things, that Benn violently assaulted her by repeatedly kicking her, leaving her bruised on the floor, her amended complaint said in August 2017. She revealed that after she pleaded with Benn to leave, he refused and spent the night in the driveway “to prevent her from fleeing.”

Neal says the magician "slashed her toy poodle’s throat and blamed it on a cat." She also claimed that he “bragged that he ‘bashed the cat’s brains in.'” According to the Daily Beast, she revealed that her cat disappeared while it was nursing kittens.

Actress Diane Neal made some explosive claims about her ex-boyfriend in a new lawsuit. (Photo by Theo Wargo/Getty Images for RFK Human Rights)

According to the lawsuit, a few days after Neal broke up with Benn in March 2018, she awoke to Benn sexually assaulting her while seemingly recording the act on his phone.

Benn has denied the allegations, claiming to People that she, “will say whatever she believes is necessary to gain sympathy and to support her ongoing vendetta against me.”

Benn was arrested for misdemeanor stalking after he initiated “unwanted contact” with Neal over email and also for driving past her home seven times in 15 minutes while she was in her driveway, Page Six reported.