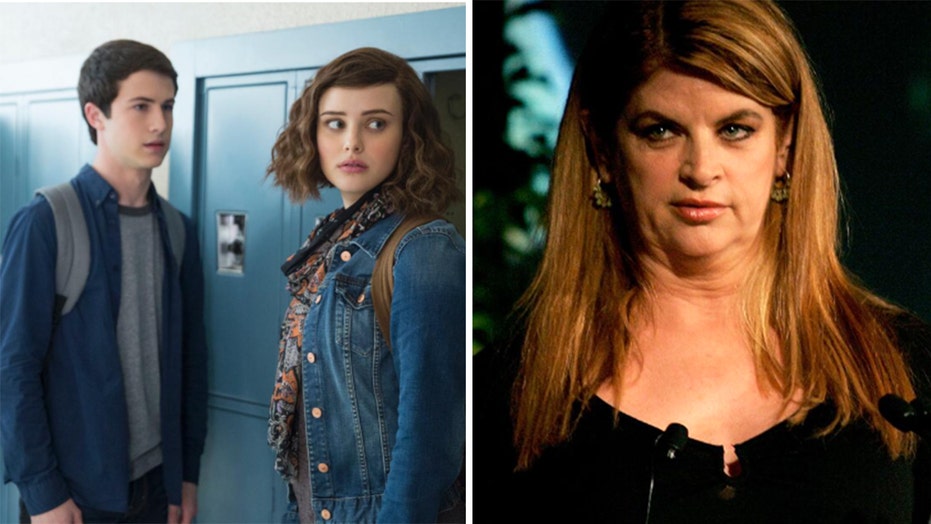 Kirstie Alley has some issues with Netflix's "13 Reasons Why" series.

The show's fourth season premiered on the streaming platform earlier this month and although the actress does not state whether she has or has not started binging it herself, she raised some concerns about it.

"Don’t let your kids watch 13 Reasons Why...DARK so DARK and such an onslaught of the most non stop f--ked upness to come down the highschool pike since Caligula was 16," Alley wrote on Twitter Monday night.

Kirstie Alley warned parents not to let their children watch '13 Reasons Why.' (AP)

Alley's warning of the show comes three years after its Netflix debut, which drew praise and criticism from viewers. The first season is based on Jay Asher's New York Times bestseller and centers on character Hannah Baker and the reasons why she took her own life. Selena Gomez is listed as one of the executive producers.

The show included warnings about its graphic nature and Netflix established a website of crisis helplines.

Alley received mixed responses from her social media followers, many of which shared their own opinions of the show.

One follower disagreed with the "Look Who's Talking" star and said she thought the show was "great."

Another wrote that it is "horrible for teenagers" and admitted to turning off the show "after a few episodes."

"Don't let your kids watch visually (sic) anything that's currently out there for consumption and indoctrinaton right now," another wrote on the social media platform.

One supporter of the show, however, wrote she believes it's ok to have teens watch it as long as parents hold discussions with their kids about the plot afterward.

Last July, Netflix made the decision to remove a graphic suicide scene from Season 1 after mental health experts raised concerns.

Show creator Brian Yorkey, who has defended the series against critics in the past, said in a statement on Twitter that the intent in portraying the suicide in such graphic detail was to "make sure no one would ever wish to emulate it."

Yorkey said the edit "will help the show do the most good for the most people while mitigating any risk for especially vulnerable young viewers."