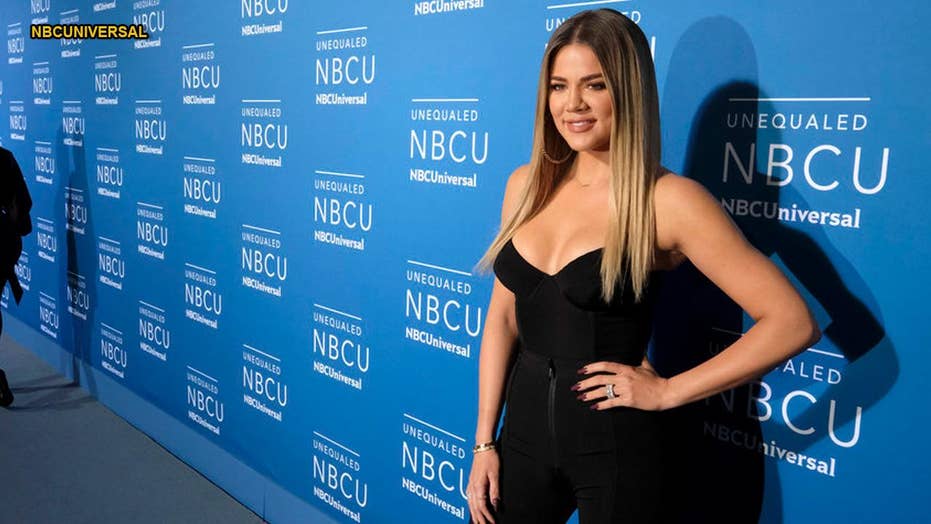 Khloe Kardashian gave birth to a baby girl on Thursday, her first child with Tristan Thompson. The birth of the couple's child comes as several reports emerged accusing Thompson of cheating on the reality star just days before she went into labor.

Khloe Kardashian is opening up about her trouble with breastfeeding.

The 34-year-old mom to True Thompson, 2 months, revealed that she had to stop breastfeeding in a series of tweets with fans on Saturday.

When a fan tweeted Khloe to ask if she uses a breast pump at work, the "Keeping Up With the Kardashians" star wrote, "I had to stop breast feeding it was really hard for me to stop (emotionally) but it wasn’t working for my body. Sadly."

Another fan told Khloe that the trick was "lots of water and then more water," but Khloe said that nothing worked for her.

"Ugh it wasn’t that easy for me," Khloe, who shares True with boyfriend Tristan Thompson, wrote. "I tried every trick in the book- water, special cookies, power pumping, massages etc. I tried so very hard to continue."

Next, a Twitter user reached out to Khloe as a show of support saying that, "It was hard to give up as well but it was the biggest [relief] when I finally did quit because I was so stressed about it."

Khloe concurred completely. "Oh my gosh I was the same!! I fought and fought to try and continue but then when I actually stopped, I didn’t realize what a relief it was for me to not stress and worry anymore," she wrote. "Any sec I had of downtime I was stressing to produce more for the next feeding."

After revealing that she had used a lactation specialist, the reality star said that her struggle with breastfeeding was especially upsetting after watching her sister, Kourtney Kardashian, do it with such ease.

"It was so frustrating because for Kourt it was sooooooo easy for her to breast feed," Khloe wrote. "My experience was very different."

Last week Khloe revealed via Snapchat that she feels "anxious" whenever she's away from True.

"Tomorrow is my first day back to work," she shared. "I have missed a feeding here or there with True, but I've never missed multiple feedings in a day. So I have a ton of anxiety."