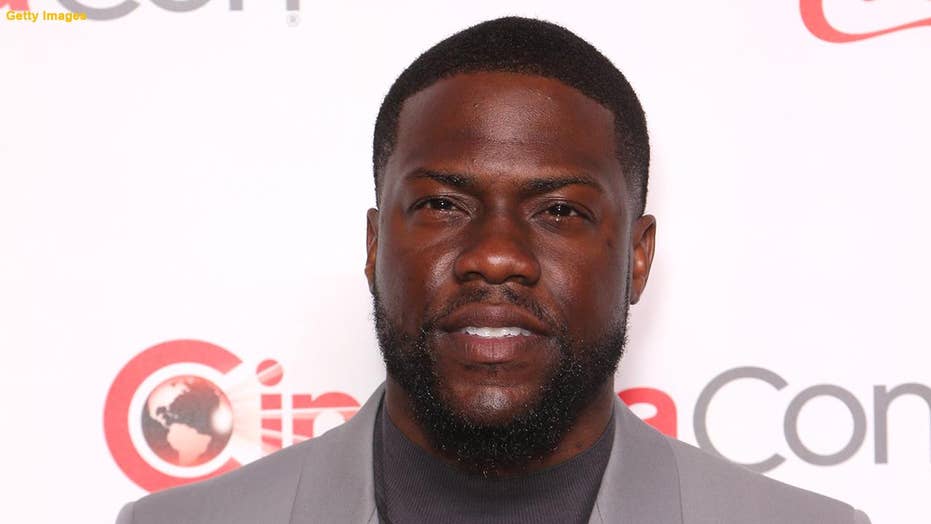 In an interview on Joe Rogan’s podcast, comedian Kevin Hart talked about the old social media posts where he used homophobic slurs and language that upset many in the LGBTQ community. The posts that infamously caused him to back out of hosting the 91st Academy Awards.

Kevin Hart has had quite the year.

From a number of new movie roles to the controversy surrounding him hosting and then not hosting the Oscars to his recent near-fatal car accident, the comedian has a lot to say as 2019 draws to a close.

The "Jumanji" star, 40, revealed on Tuesday that he is dropping a new documentary series on Netflix. The six-part series titled "Don't F**k This Up," is slated to debut on the streaming service December 27.

The docu-series “reflects on the events that have shaped his life, making him into the person he is today. Viewers will get a behind-the-scenes look at Kevin’s day-to-day life as he deals with the fallout from the Oscar controversy, his marriage, and his growing career," according to a press release obtained by Vulture.

It will also include interviews from Hart's friends and family, stand-up footage, video from his childhood, and commentary from Hart.

“It’s as real, as raw, as transparent as you can be. It’s something that I think people need to see,” Hart said on social media “I’m always looking for ways to improve and progress, and this documentary was one of those ways that I felt put me in a position to do just that.”

Hart made his first official public appearance at the 2019 People’s Choice Awards on November 10 following his life-threatening car accident in September. He accepted the trophy for best comedy act of 2019.

He continued: “I want to thank my wife and kids, who really stepped up to the plate for me.”

“You have no idea the effect you have on us as entertainers; your energy, your support. It means the world and I truly want to thank you guys for being there for me in my difficult time," Hart said to his fans.

The comedian was riding in the passenger seat of his 1970 Plymouth Barracuda with two other people in the early hours of Sept. 1 when the driver lost control of the vehicle and went careening down an embankment before slamming into a tree. Police report that the driver was not under the influence of drugs or alcohol at the time.

Hart reportedly fractured his spine in three places, which put him in the hospital for several days and forced him to undergo difficult rehabilitation. The comedian documented some of that rehab in an emotional video posted to Instagram on Oct. 29.

“When God talks, you got to listen,” Hart says over the footage, which shows him taking steps with a walker as health aides assist him.

“In this case, I honestly feel like God told me to sit down. You know, you’re moving too fast, you’re doing too much. Sometimes, you can’t see the things you’re meant to see.”