After rising to superstardom with "Pirates of the Caribbean," "Pride and Prejudice" and "Love Actually," Knightley, now 33, said that coming of age in harsh paparazzi lenses, as well as endless criticism from the press, drove her to a mental breakdown in 2007 — when she was just 22 years old.

"I remember waking up one day and there were 10 men outside my front door," Knightley told The Sunday Times Style magazine. "They didn't leave for about five years."

Knightley, who faced scrutiny on everything from her weight to her lips to her talent, admitted that the pressure to be and look perfect took a toll on her mental health in a big way.

"I always wanted to be top of the class, and I always wanted to be perfect," she said. "I tried being five pounds heavier, but then people say you have cellulite, and then five pounds lighter, and then you’re anorexic and causing people to die. It was just so much," she lamented. "But in a funny way I think I was quite lucky in that it was so insane that I sort of recognized it." 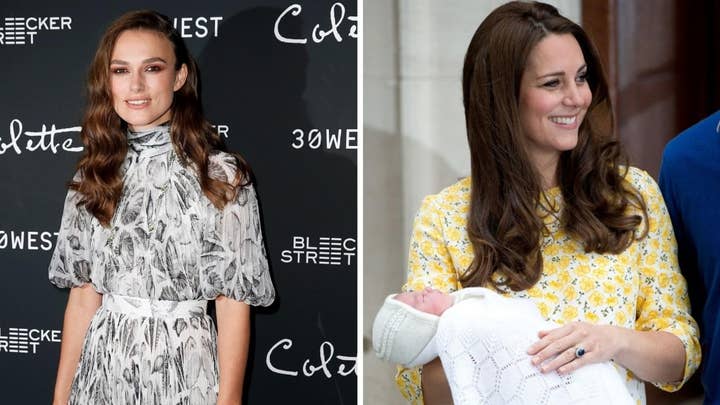 She says that in 2007, she had a breakdown from PTSD and anxiety, but thankfully, her family and close friends from her pre-fame days helped her through it.

"I had PTSD and panic attacks. I literally couldn't work for a year and I didn't know whether there would be an end to that," she confessed. "I have a super-solid background and thank f—k for that. My family and my small but very close group of friends just wrapped me up. And I think, without that, it would have been a very different story."

She said of the paparazzi, "Ultimately I didn't want them to win. The only thing I want to do is make films.

The Oscar-nominated actress previously spoke about her body image issues in an essay titled "The Weaker Sex" in Scarlett Curtis' book, "Feminists Don't Wear Pink (And Other Lies)."

The essay was an open letter to Knightley's young daughter, Edie, in which the starlet slammed Kate Middleton's nearly impossible, unattainable post-birth appearances.