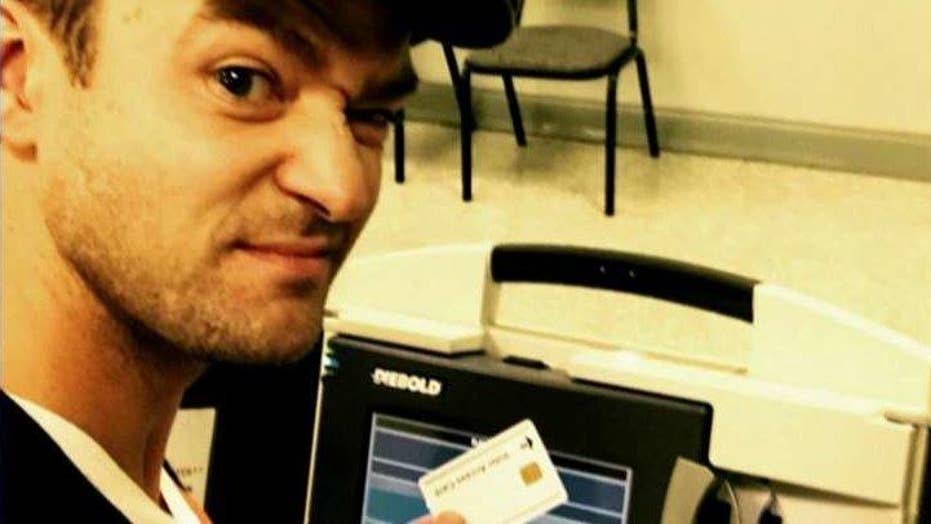 Justin Timberlake may be enjoying life these days as a successful singer, actor, wife to fellow star Jessica Biel and father to 1-year-old son Silas, but things weren't always so blissful.

The 36-year-old admitted to The Hollywood Reporter that he initially struggled finding a balance with his new role as a parent.

“At first, it broke me down,” said Timberlake. “Those first eight months felt like those old [Ed Sullivan] shows where people are balancing spinning plates on poles — except if you drop one, they die.”

The magazine also reported that one of the challenges Timberlake struggled with is life after the presidential elections.

“He and his wife were big Clinton supports — they held their fundraiser at their L.A. home last summer (filling in for Leonardo DiCaprio after he canceled his) — and Timberlake, whose musical brand always has been exuberantly upbeat, still is trying to adjust his cultural antennae to the new world zeitgeist,” revealed the publication.

“Everything feels divisive to me right now,” said Timberlake. “Everything.”

Timberlake seems to now be easing his way into his new life. He’s set to star in Woody Allen’s upcoming film opposite Kate Winslet and Jim Belushi, a drama set in New York City during the late 1950s.

And can we expect Timberlake’s son to follow in his footsteps? That’s still up for debate.

“Would I want my child to follow my path? You know, I haven’t been able to answer that question in my mind,” said Timberlake. “If he wanted it bad enough, I suppose I could teach him a lot about what not to do.”