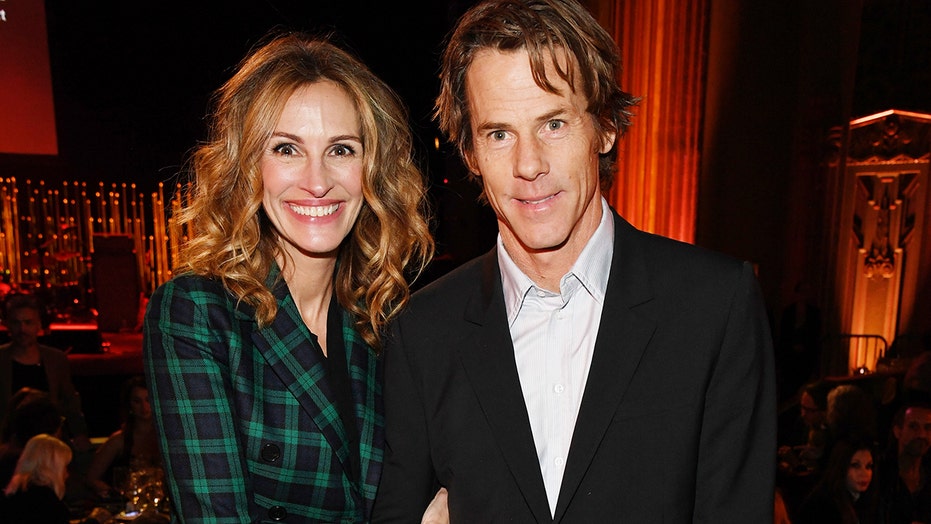 Julia Roberts stepped out for a date night with her husband Daniel Moder, and the couple posed for a rare picture to remind folks of how great of a pair they are --  in case we all forgot.

The “Pretty Woman” actress, 52, and director, 50, attended the 2020 CORE Gala Wednesday evening at the famed Wiltern Theater in Los Angeles, where fellow performer and social activist Sean Penn’s organization celebrated its 10-year anniversary and raised money for disaster relief and preparedness work throughout the world.

Roberts graced the event donning a matching green-and-black plaid skirt and jacket, which she paired with black fishnet stockings and black patent leather shoes – her signature locks accenting the ensemble. For Moder, the cinematographer kept it classic in a black suit and white collared shirt, sans tie.

Julia Roberts and Daniel Moder attend CORE Gala: A Gala Dinner to Benefit CORE and 10 Years of Life-Saving Work Across Haiti &amp; Around the World at Wiltern Theatre on January 15, 2020 in Los Angeles, California. (Photo by Kevin Mazur/Getty Images for CORE Gala)

The longtime couple married in 2002 and share three children.

Also in attendance to support Penn and his cause were Leonardo DiCaprio and Alyssa Milano, both of whom are outspoken on sociopolitical and climate change issues. Rapper G-Eazy, Connie Britton, Naomi Campbel, Patricia Arquette, Jason Derulo and Rachel Zoe were among others also in attendance.

For Penn’s work, his organization has provided much-needed assistance to numerous nations ravaged by natural disasters including, Haiti, the Bahamas, the Caribbean and the U.S.

The charity, which was launched on the heels of the devastating 2010 earthquake in Haiti, raised a whopping $5 million.

According to Entertainment Tonight, DiCaprio donated a lithograph that fetched $110,000 at the charity’s auction, hosted by Conan O’Brien as master of ceremonies.