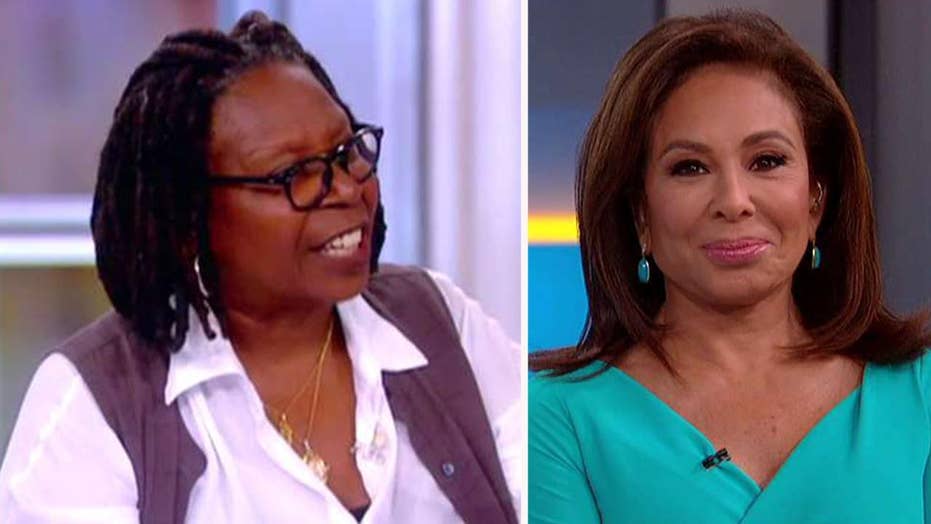 Judge Jeanine: 'Triggered' Whoopi cursed me out off camera

After a heated exchange on 'The View,' Judge Jeanine Pirro says co-host Whoopi Goldberg confronted her backstage and said, 'f--- you, get the f--- out this building.'

The ongoing feud between Fox News host Judge Jeanine Pirro and “The View” co-host Whoopi Goldberg spilled into its second day on Friday, with each telling her version of Pirro’s headline-grabbing appearance on the ABC News talk show.

Pirro has appeared on both “Hannity” and “Fox & Friends” to tell her side of the story, while Goldberg offered her rebuttal at the opening of Friday’s episode of “The View.”

Pirro has denied doing anything to provoke the liberal panel before the chaos ensued – but Goldberg claims she was upset that CNN’s Ana Navarro was a guest co-host, filling in for Joy Behar.

Pirro didn’t deny that she was peeved over the swap – but blamed ABC News for a lack of transparency.

“’The View’ was disingenuous in not telling us who was hosting,” Pirro told Fox News. “They didn’t tell anyone that one of the most rabid anti-Trump, anti-Fox people was going to be sitting next to me and interviewing me.”

Pirro said during her “Fox & Friends” appearance that an ABC News producer called her after the incident. Fox News has confirmed that ABC News attempted to speak with Pirro to no avail.