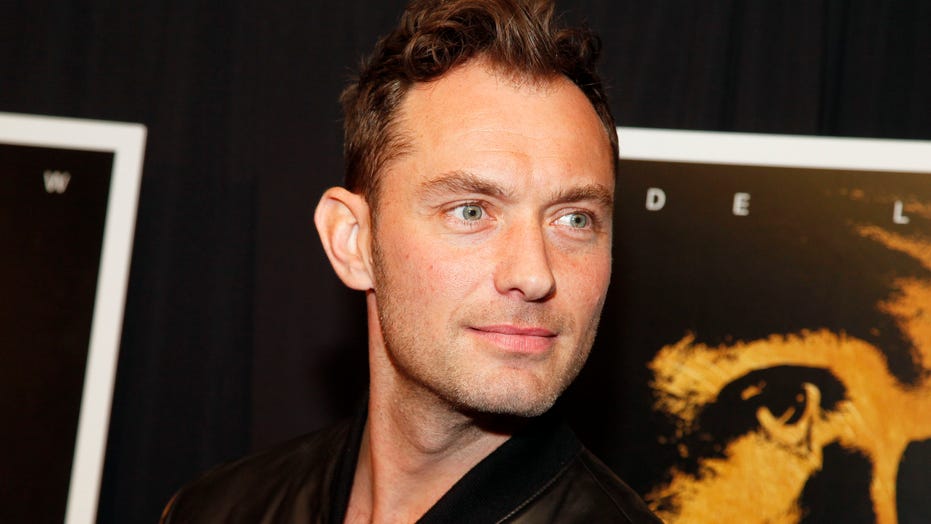 Jude Law is a beaming father of six.

Law's wife, Phillipa Coan, gave birth to their first child together this year, making him a parent of six, the actor confirmed while appearing on "The Tonight Show with Jimmy Fallon."

The "Contagion" star was busy discussing his newfound love of gardening amid the coronavirus pandemic when he dropped the baby bombshell news, taking Fallon by surprise.

"I've fallen in love with my garden. I've realized how lucky I am to have a garden. We had the most beautiful spring, it was like the one blessing amidst this madness. I've become obsessed with my wisteria. ... I literally watched this thing grow up the wire. ... I'm more obsessed with that than anything else than anything in my life at the moment. Oh, and on top of that I had a baby, so there you go!" Law told the host.

"Buried the lead on that one. Congrats, Dad. That's awesome," Fallon replied.

"It's really wonderful. Again, we feel pretty blessed that we were at a time where we could, as a family, we could just nest and enjoy each other's company and every day as it came," Law continued. "It was an unusual but kind of enforced loving."

The 47-year-old wed Coan, a psychologist, at a civil ceremony at Old Marylebone Town Hall in central London in May 2019.