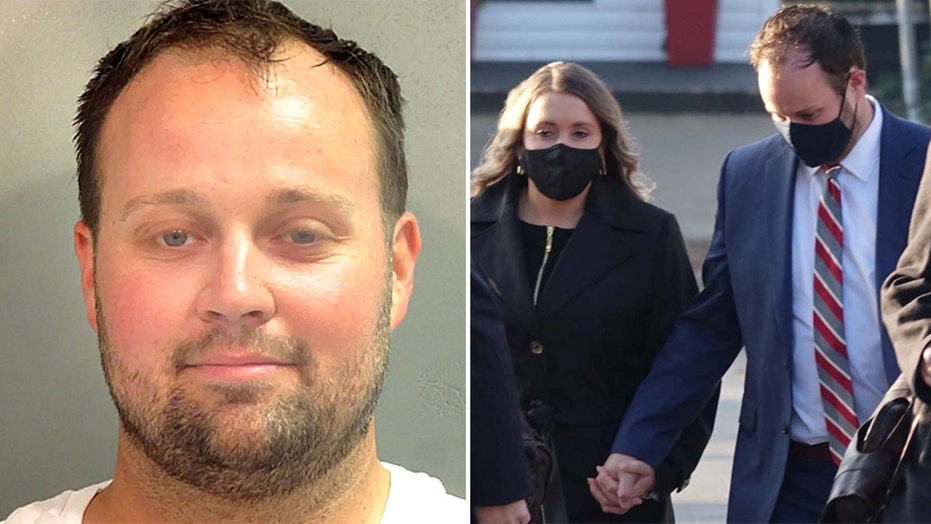 Josh Duggar has been found guilty on child pornography charges, a jury in Arkansas ruled on Thursday.

The former reality TV star was immediately taken into custody after a federal jury convicted him of downloading and possessing child pornography.

The jury in Fayetteville, about 140 miles (225 kilometers) northwest of Little Rock, found the 33-year-old Duggar guilty on one count each of receiving and possessing child pornography. He faces up to 20 years in prison and fines of up to $250,000 for each count when he’s sentenced.

Duggar's attorneys released a statement to Fox News shortly after the verdict, saying they intend to appeal.

"We appreciate the jury’s lengthy deliberations, we respect the jury’s verdict, and we intend to appeal," defense attorneys Justin Gelfand, Ian Murphy, and Travis Story said.

US Attorneys in the case held a press conference outside the courthouse after the verdict was announced.

"This case represents a significant milestone for the Western District of Arkansas and our continued efforts to combat child abuse. Those who would say that children who were photographed and videoed in a manner similar to the evidence in this case are not abused and are not victims are clearly wrong. Children who are photographed and videoed in manners such as this are the victims and every time their videos and photos are traded online, uploaded, and downloaded from the internet, they are victimized again," one of the U.S. attorneys said.

Duggar and his large Arkansas family starred on TLC’s "19 Kids and Counting" until the network canceled the show in 2015 following revelations that he had molested four of his sisters and a babysitter. Authorities began investigating the abuse in 2006 after receiving a tip from a family friend but concluded that the statute of limitations on any possible charges had expired.

Duggar’s parents said he had confessed to the fondling and apologized. At the time, Duggar apologized publicly for unspecified behavior and resigned as a lobbyist for the Family Research Council, a conservative Christian group.

Duggar later apologized for a pornography addiction and for cheating on his wife, calling himself "the biggest hypocrite ever."

Whether Duggar's past molestation scandal could be introduced during the trial was a point of tension between the prosecution and the defense. A judge ultimately ruled that it could be introduced, and the scandal was discussed as the prosecution tried to prove that the former reality star downloaded child pornography on a computer at his workplace.

Duggar's family friend Bobye Holt took the stand and claimed the star confessed to molesting multiple young girls during a conversation back in 2003.

Josh Duggar's wife Anna has remained by his side during the trial. Anna was photographed walking into the federal courthouse in Arkansas holding hands with her husband.  (Kris Connor/Getty Images)

Duggar’s trial took place as his father, Jim Bob Duggar, runs in a special election for a vacant state Senate seat in northwest Arkansas. Jim Bob Duggar was also featured prominently on the TLC show and previously served in the Arkansas House.

Jim Bob previously testified during an evidentiary hearing. He was subpoenaed by the prosecution and confirmed his son had come to him around 2002 with the admission that he inappropriately touched four minor females, identified as Jane Does 1 through 4. However, Jim Bob said he couldn't remember the specifics of the conversation when pressed by the government.

Jim Bob and Michelle Duggar and their 19 kids rose to fame on the former "19 Kids and Counting" television show that documented their lives as an oversized family living in Arkansas. (Photo by Peter Kramer/NBCU Photo Bank/NBCUniversal via Getty Images via Getty Images)

Many of Duggar's family members attended his trial over the last week. On Tuesday, Jim Bob sat in the third row during the court session, next to Joy-Anna Duggar's husband Austin Forsyth, according to reports. He was seen speaking with Jana Duggar and other family members during breaks in the trial.