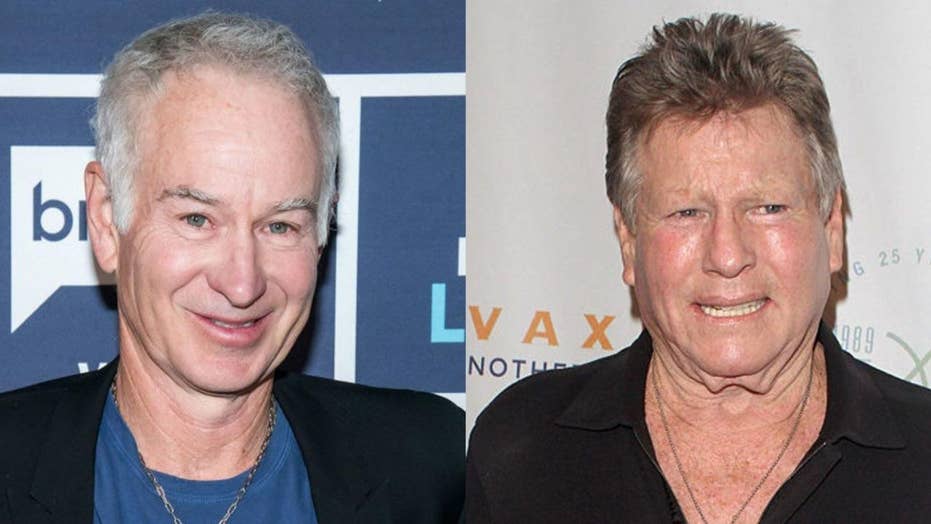 John McEnroe is sharing what he thinks about his former father-in-law.

The tennis legend turned his attention to Ryan O’Neal on Thursday during his debut on Bravo’s “Watch What Happens Live with Andy Cohen."

When McEnroe was asked about the "best and worst part" of having the 77-year-old actor as his in-law while married to O'Neal's daughter, actress Tatum O’Neal – he didn’t hold back in his criticism of the “Peyton Place” alum.

“What was it, the worst and best? Because I don't think there was a best. Unfortunately,” said McEnroe, who remained married to O’Neal from 1986 until their divorce in 1994. “He happens to be at this particular time a particularly heinous individual, unfortunately,” the tennis broadcast analyst added (via the Daily Mail.)

Per the outlet, McEnroe, 60, explained that O’Neal initially “had a lot of charm” and claimed that marijuana often helped to calm O’Neal down.

“You could relax him a little bit after a day of not eating and going in the sauna for hours at a time with his ex, Farrah Fawcett. A little crazy or a lot crazy, it was difficult,” McEnroe said. “But he didn't treat his kids too well either. So that impacted me and my kids.”

McEnroe shares three children with Tatum, along with two daughters with his current wife, musician Patty Smyth – who he's been married to since 1997. In her autobiography "A Paper Life," Tatum alleged that O'Neal was physically and emotionally abusive and blamed him for her struggles with drugs.

Additionally, McEnroe – who was known for his intense emotional outbursts during his playing days also mentioned that the late Farrah Fawcett was his pseudo-mother-in-law and detailed what it was like to be in the company of the “Charlie’s Angels” bombshell.

1987: Ryan O'Neal and Farrah Fawcett are seen together in a file photo. (AP)

“Farrah was, you know...,” McEnroe hesitated before fellow guest Amy Sedaris, 57, chimed in to finish his statement calling the coveted poster girl “Ugly.”

McEnroe qualified his remarks telling Cohen that he had a poster of Fawcett as a child before he continued.

“She was very intense also. But that, you know – Ryan rubbed off on her a little bit too much. I'm sorry, the tequila is starting to kick in,'" McEnroe quipped, according to the Daily Mail.

Reps for O’Neal did not immediately respond to Fox News’ request for comment.