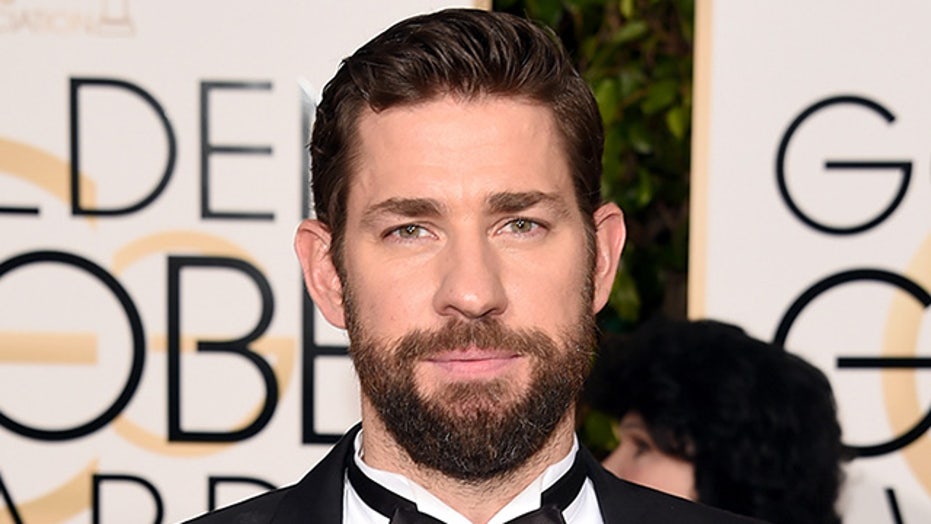 John Krasinski is pushing back on criticism that his selection of specific military and government characters is somehow his way of playing “red state heroes” -- as some have speculated, according to Esquire -- without dipping his toes in anything political.

The former “Office” star, who has played a former Navy SEAL-turned-private military contractor working in Benghazi in Michael Bay’s 2016 film “13 Hours: The Secret Soldiers of Benghazi,” opened up to the outlet about his decision to act in projects that celebrate the military and said his connection to these types of roles is genuine and not a ploy to curry favor with conservative values.

“That narrative is certainly not the narrative I intended to put out there,” Krasinski, 40, told Esquire. “When people look for something that they want to see, I can’t stop them from a subjective belief in something."

“I have 11 aunts and uncles and cousins who have been in the military or still are in the military,” said the actor who, per Esquire, co-hosted a fundraiser for Elizabeth Warren’s senatorial campaign in 2012.

“So it was a big thing on my list to get to do a military movie or show or something," Krasinski added.

“As far as 'Jack Ryan' and the CIA, I always say it’s about the people,” he told Esquire. “I’ll always respect people who put their lives on the line for people like me, who they’ve never met.”

Fox News spoke with Krasinski in September 2018 at the series premiere of “Jack Ryan” at the USS Iowa in Long Beach, Calif., and the funnyman said he felt like a kid gaining insight and spending time with CIA personnel and those he met with prior to filming the series.

“I have to say, I completely nerded out when I went to see them,” he told Fox News at the time. “I will say I also thought that it would be the most uneventful interview I’ve ever had in my life because I thought every answer would be ‘We can’t talk about that,’ and instead they were the most unbelievably diverse, intelligent, giving and generous group and we are so lucky to have them.”

Krasinski also referenced his time in “13 Hours,” and explained that in gathering intel for the film, he wanted to learn as much as he could about what it means to be a soldier who wants to fight for their country.

Krasinski continued: “And, I think that’s how I feel about going to the CIA, I went in there wanting to meet spies and wanting to meet officers, and instead I met incredibly dedicated people and very honorable people and people who are putting their lives [on] the line in a whole different way. And, if chosen to do that selfishly -- I don’t know, there’s nothing more heroic than that for me.”

Additionally, in Krasinski’s interview with Esquire, he also fended off speculation that “A Quiet Place,” a film he co-helmed with his wife Emily Blunt, carried conservative connotations, as well.

“I never saw it that way or ever thought of it until it was presented to me in that way,” Krasinski said. “It wasn't about being, you know, silent and political [...] That had nothing to do with that."

He added: "If anything, it was about, you know, going into the dark and, and taking a chance when all hope looked lost, you take, you know, you fight for what's most important to you. Again, my whole metaphor was solely about parenthood.”