From the show's marquee talent all the way down to assistants and paid interns, Anita Vogel breaks down the cost of cancelling 'Roseanne.'

Actor John Goodman opened up about the cancellation of “Roseanne” — by saying he'd like to stay silent.

"I wasn't gonna get an Emmy anyway," Goodman says in a video released by ET.

Until now, the 65-year-old actor who played Roseanne Barr's on-screen husband, Dan Conner, had been reluctant to talk about the fate of the ABC sitcom, noting: “Everything’s fine.” 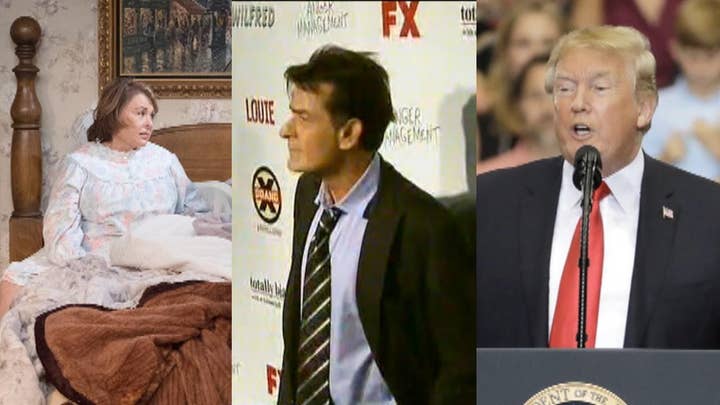 (I’d) “rather say nothing than to cause more trouble,” he says in the video footage.

He adds that he wasn't following news of the controversy: “I don’t know anything about it. I don’t read it.”

ABC canceled its successful reboot of “Roseanne” on Tuesday following Barr’s racist tweet likening former Obama adviser Valerie Jarrett to a cross between the Muslim Brotherhood and a “Planet of the Apes” character.

Barr continued tweeting Wednesday, at one point saying the offending tweet was composed at 2 a.m. after she took the insomnia drug Ambien. That led the drug maker Sanofi to say on social media that “racism is not a known side effect” of its product.

Late Wednesday, Barr tweeted: “I just wish ABC had not thrown two of the greatest actors in the world out with me-Laurie (Metcalf) and John. I'm so sick over this-they will never have better character actors on their network.”

Barr also wrote that what she said was indefensible, then retweeted several statements others made supporting her.

She apologized to those who had lost their jobs because of her action, including Goodman, but also condemned cast members who threw her under the bus, in her words.

“I’m not a racist, I never was & I never will be,” she wrote Wednesday. “One stupid joke in a lifetime of fighting 4 civil rights 4 all minorities, against networks, studios, at the expense of my nervous system/family/wealth will NEVER be taken from me.”