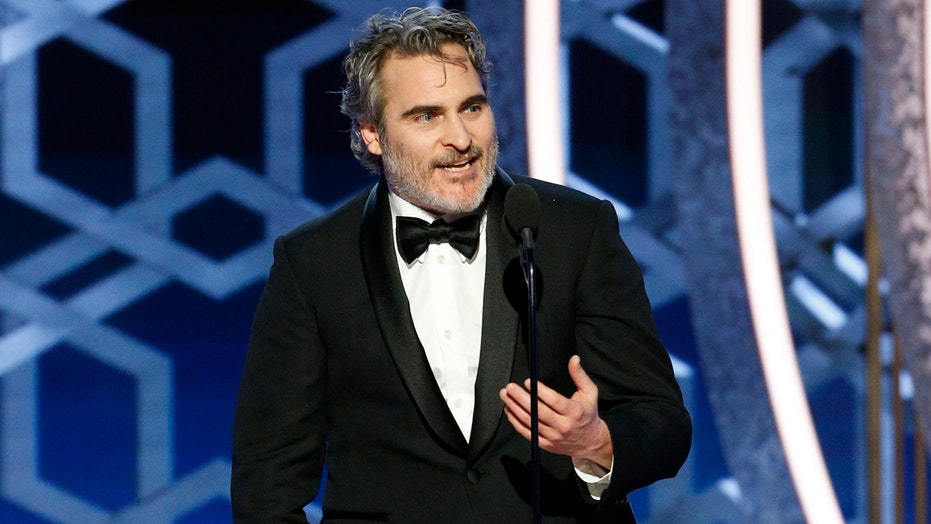 After taking home the trophy for best actor for his work in "Joker," the 45-year-old actor joined a group of activists and offered water to pigs that were about to meet their deaths at a downtown Los Angeles slaughterhouse.

A video of the interview was shared to Facebook, where Phoenix could be seen wearing the same tuxedo he wore at the awards show.

Joaquin Phoenix in "Joker." On Monday, Jan. 13, he was nominated for an Oscar for the role. ((Niko Tavernise/Warner Bros. Pictures via AP))

“Most people don’t really know of the torture and murder in the meat and dairy industry,” Phoenix said to JaneUnChained News founder Jane Velez-Mitchell.  “I’ve seen it for what it is, so I have to be here.”

“We have moral obligations to talk about it and expose it for what it really is," continued the actor.

Phoenix also addressed the recent rise in activism, of which, his industry friends have “been really receptive.”

“There is a change that is happening and it’s now just becoming undeniable. Slowly but surely we’re getting there," he said. "As heartbreaking as it is when we’re here giving water to the pigs I have a certain optimism in our community and how committed everyone is. People come down here week after week after week so I had to come here tonight and support and it’s a little antidote to what I was just given, so I’m blessed to be here.”