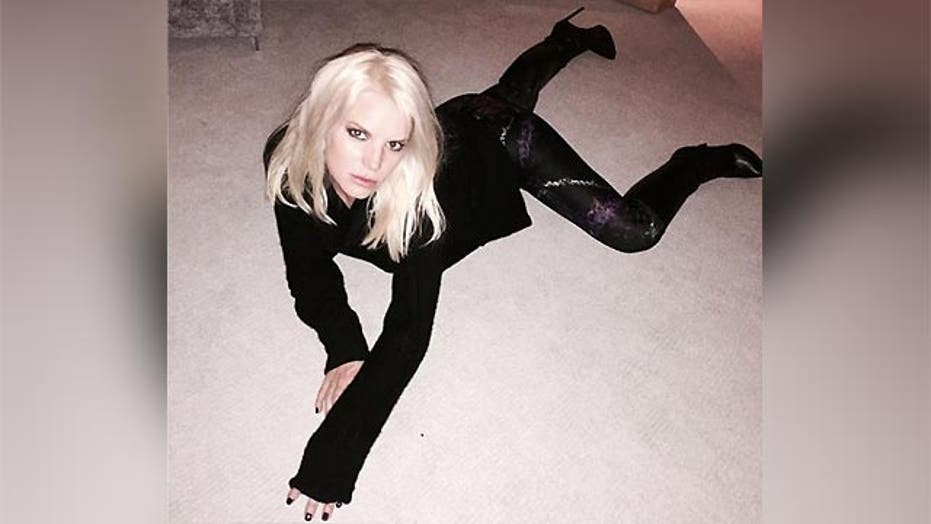 Jessica Simpson hit the town Tuesday night in New York City, and the mother of two looked stunning in a curve-hugging dress that showed off the results of her healthy living.

The 35-year-old fashion designer opened up about her fitness regimen when she spoke with ET on the red carpet at the YMA Fashion Scholarship Fund Awards Gala at the Marriott Marquis Hotel, where she was honored with the Future of Fashion Award.

"I think being a mom is enough of a diet," said Simpson, who brought along her husband, former NFL star Eric Johnson, as her date for the evening.

While the fashion designer and entrepreneur is super busy these days, she says it's important that she makes her health a priority.

"You have to run around chasing your kids, but I do eat a lot of their corn dogs, so I have to get on the treadmill a lot to watch my TV shows," Simpson joked.

RELATED: Jessica Simpson: 'There Was A Lot of Baby Weight to Lose'

Simpson also opened up about her children, and whether she and her husband intend on having any more.

Back in November, Simpson told ET there were no plans to expand her family. While that's still the case, she now seems a bit more open to the idea.

"I don't think I could have another baby right now. It was a very, very big shock after having a baby and four months later knowing I was pregnant again, so I think that's not in our near future," Simpson shared. " But people have kids at 40 now, so you never know."

WATCH: Jessica Simpson Says She Doesn't Want More Kids: 'That Would Freak Me Out'

One thing she is planning on is a return to her roots -- namely, acting and singing.

"Oh, there's lots of music and lots of acting coming up in the near future," Simpson teased. "I have to do it all. I'm like a jack of all trades."

However, Simpson stressed that, no matter what, she "will never ever, ever put fashion aside."