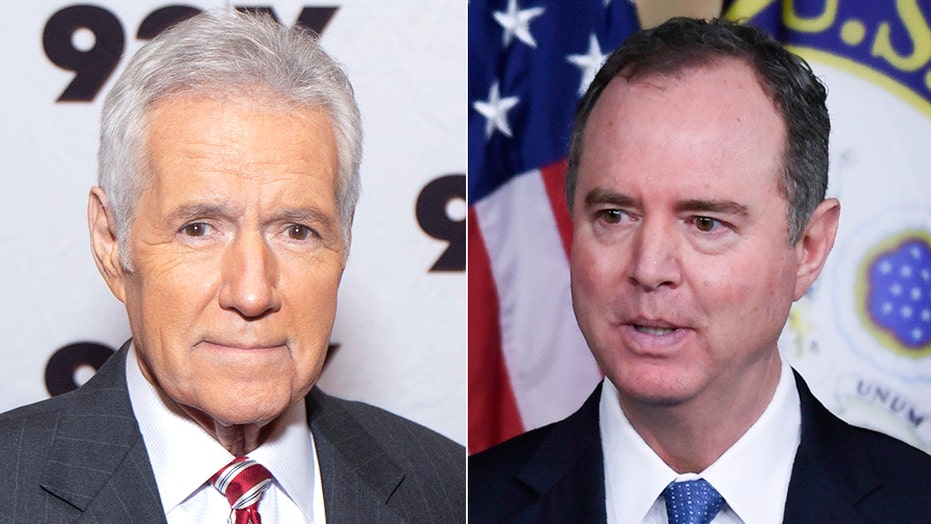 "Jeopardy" host Alex Trebek was met with crickets from contestants on Wednesday night after none of them could identify House Intelligence Committee Chairman Adam Schiff, D-Calif., by looking at a photo of him.

The $1,200 clue came under the category "U.S. Representatives" and included a photo of Schiff  along with the hint "One-fifty-third of California's House delegation is this House Intelligence Committee chairman."

No one buzzed in.

'JEOPARDY!' CHAMP KEN JENNINGS WILL NOT PARTICIPATE IN A REMATCH

Despite dominating the headlines for his key role in Special Counsel Robert Mueller's Russia investigation and the ongoing impeachment proceedings against President Trump, the three contestants did not know who he was.

"Jeopardy" episodes are taped three months in advance and local TV stations only receive them the day before they're supposed to air, according to an article by Insider.

Wednesday night's episode was presumably taped in October, when several witnesses testified behind closed doors to House Democrats during the impeachment inquiry headed by Schiff, and by the end of the month, the House had voted on a resolution to lay out the process for further inquires and hold open hearings for witnesses.