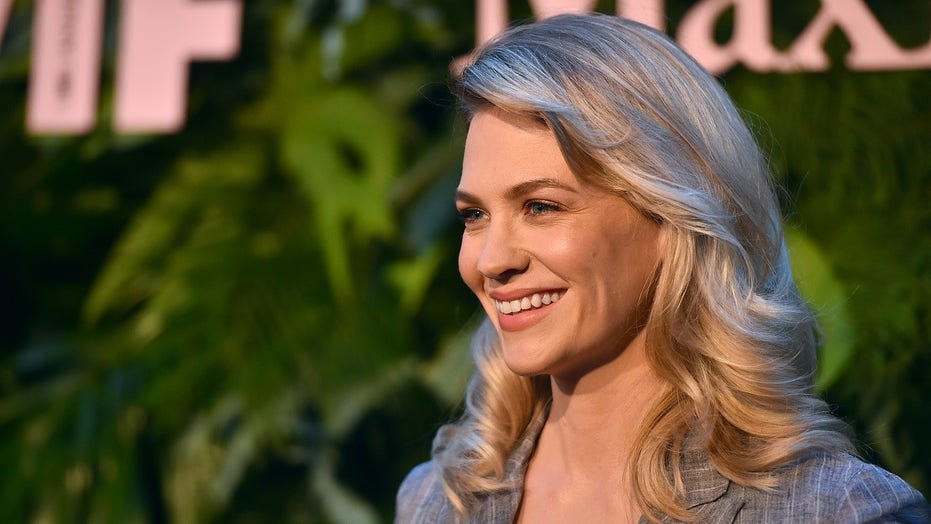 January Jones is taking Instagram by storm with a series of new steamy snaps.

Jones is also seen sporting a bouncy, blow-dried look with her blonde locks, along with red lipstick that complemented her dress.

The post, simply captioned with a heart and Santa emoji, got a positive reception from her fans in the comments.

“How do you keep getting hotter?” one user inquired.

Another user praised the “X-Men: First Class” actress’ lipstick, saying that it was the “perfect lipstick shade.”

One user jokingly wrote, “I was trying to go to sleep over here!”

Another user even compared the actress to Marilyn Monroe, writing, “Major Marilyn vibes!”

Jones is currently set to star in the new Netflix drama series, “Spinning Out,” a story that follows Kat Baker — portrayed by Kaya Scodelario — and her pursuit to become an Olympic-level figure skater before her life spirals out of control after a traumatic fall in the skating rink.

Jones stars alongside Scodelario as Carol Baker, Kat’s ruthless mother who is relentless in getting her daughter back on the ice and to the top of the figure skating world.

In the trailer, Jones’ character tells Scodelario’s, “You were perfect and now when I look at you, all I see is wasted potential.”