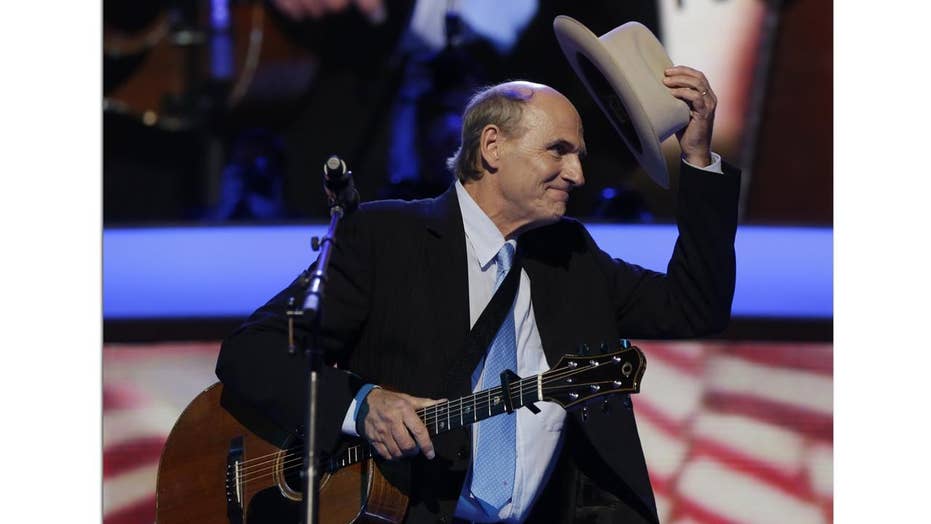 James Taylor sang the national anthem before the first pitch of the Game 1 of the World Series Tuesday night — but not all fans were enthused by his performance.

Taylor, 70, sang “The Star-Spangled Banner” in front of a packed crowd at Fenway Park before the Boston Red Sox took on the Los Angeles Dodgers. Some social media users took exception to the legendary singer being tapped for the occasion.

“’How (do) we sell baseball to a new generation?’” one user wrote in a mocking tweet. “’James Taylor?’”

“Nothing calls up that killer instinct like James Taylor on his acoustic guitar. –Nobody, ever,” another user wrote.

“Sorry. Game 1 of the World Series. You can do better than James Taylor,” according to one user.

Not everyone hated the Taylor performance. Some thought it was fitting for the Boston native to have the opportunity to sing at Fenway.

“It's fitting that in the 100th anniversary celebration of the Red Sox winning the world series that James Taylor, whose family built Fenway, sings the anthem,” legendary baseball writer Peter Gammons tweeted. “And John Henry now owns the newspaper Taylor's family owned and hired a lot of us, including me, 50 years on.”

“After all the over-the-top nonsense we've seen lately with the national anthem, the simplicity of a James Taylor rendition is just what we needed,” another fan added.

In 2013, Taylor was tapped to sing the national anthem before Game 2 of the World Series at Fenway Park before the Red Sox took on the St. Louis Cardinals. Taylor started to sing "America the Beautiful" before transitioning to "The Star-Spangled Banner."

On Tuesday night, the Red Sox pulled out a win over the Dodgers in the first game of the World Series. Boston is trying to win their first title since 2013.

This isn't the first time Taylor has faced flack for a performance. The singer-songwriter came under scrutiny in 2015 after he was invited by then-Secretary of State John Kerry to sing "You've Got a Friend" in Paris after the French city was hit by a string of terrorist attacks. Many on social media called the performance "cringeworthy" and "awkward" considering the seriousness of the attacks.