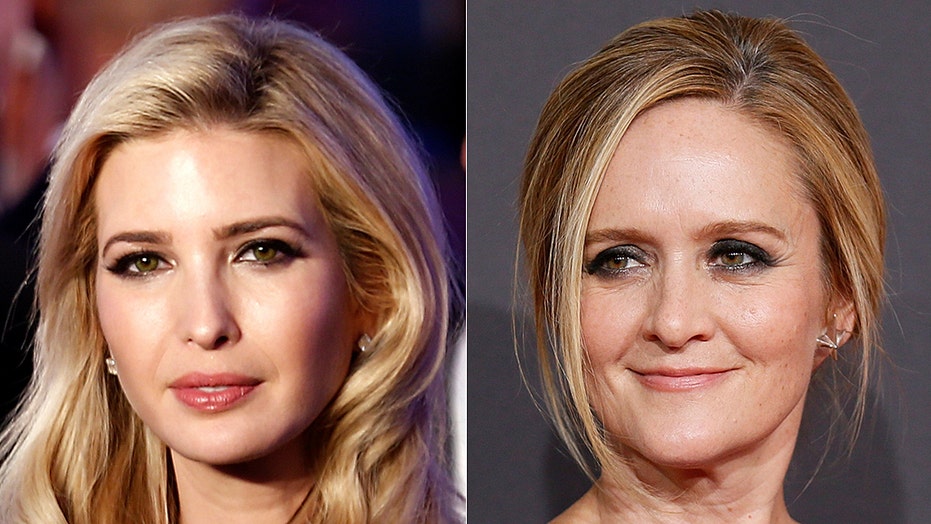 Samantha Bee and Ivanka Trump publicly complimented each other this week, nearly two years after the comedian’s controversial insult directed at the president’s daughter in 2018.

In a recent segment on her show, Bee discussed the importance of parental leave in the United States and the strides that have been taken in the Trump administration to provide more time and job security for new mothers and primary caregivers. Specifically, she shouted out Ivanka’s work on this issue.

“After decades of being behind every other country, the U.S. is finally starting to make progress thanks, in part, to lobbying from — believe it or not — Ivanka Trump,” Bee said. “I guess even a Trump has to do something right occasionally. I mean, Ivanka did this and Eric doesn’t start fires anymore.”

The “Full Frontal” host was referencing a bill passed in the House that will allocate 12 weeks of paid parental leave for all federal employees. Building off that, the comedian announced that she established a policy of 20 weeks of parental leave for her staff and challenged her colleagues in late-night to do the same.

“We are so sure our policy is better than the other late-night shows that we challenge them to make better policies so we can beat them too," Bee joked.

Ivanka took to Twitter to praise the comedian for her policy and further call on her late-night competition to develop similar practices.

“Differences aside, I respect your decision to offer Paid Leave to your employees and hope this encourages your Late Night competitors to do the same,” she wrote.

In 2018, Bee caught severe backlash for referring to Ivanka as a “feckless c---” during a segment on immigration. After taking heat from both fans and critics alike, Bee issued an apology on her very next broadcast.

"It is a word I have used on the show many times, hoping to reclaim it,” Bee said at the time. “This time, I used it as an insult. I crossed a line. I regret it and I do apologize."

She continued: “Many men were also offended by my use of the word — I do not care about that.”