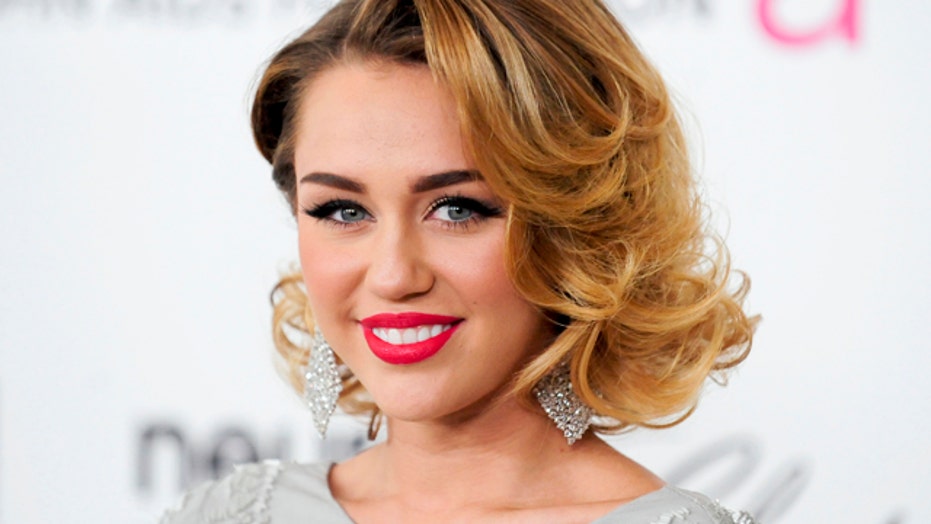 Who's behind Miley Cyrus' wild transformation?

How did Miley Cyrus go from Disney princess to wild child?

LOS ANGELES – One day she was a sweet smiling Disney darling, and the next she was a sexually-aggressive, body baring songstress intent on twerking and tonguing her way to the top of the charts.

Well for one, she hired Britney Spears’ manager, Larry Rudolph.

In March, Cyrus signed up Rudolph, the man best known for guiding the career of Britney Spears from Mouseketeer to pop singing sex symbol.

Interestingly, it was also announced this week that Spears and Cyrus collaborated on a track for Cyrus’ new album.

In July, Rudolph told the Hollywood Reporter that Cyrus' evolution was "organic" and "healthy," and following the recent VMAs performance in which she twerked and jerked and rubbed her crotch suggestively with a big foam finger, he told Us Weekly that the controversial performance "could not have gone better."

So was Cyrus intentionally put on the Spears path to pump some life into a sagging career?

Her last album "Can't Be Tamed," released in 2010, was considered a sales disappointment. Cyrus then focused on movies without huge success. (Remember 'So Undercover' and 'LOL'? Didn't think so.) So in 2012, Cyrus parted ways with longtime manager Jason Morey and brought Rudolph into the fold. The sexual comments, revealing outfits and bawdy behavior have been front and center ever since.

Looking back, it was when Spears turned 20 – Cyrus’ current age – that she also shed her sweetie pie skin and slithered with a snake on stage at the 2001 VMAs, igniting parental gasps worldwide.

A source connected to Rudolph says it would be a shock if it was Rudolph who took the "We Can't Stop" singer into her current twerking, foam fingered, sledgehammer licking territory. Multiple insiders also tell us that while Rudolph is on the payroll, its Cyrus who is behind the sexed up shift.

“She just is a very sexual girl,” one Cyrus insider said. “It’s all Miley.”

If Cyrus – who is worth a reported $150 million already -- is indeed calling the sexual shots, nobody’s stopping her.

"Much as most average 20-year-olds don't listen to their parents, I would venture this mega-star isn't listening to anyone now either," Ronn Torossian, CEO of New York firm 5WPR said. “I find it hard to believe that the over-sexualized image of Miley Cyrus is something which a member of her team is encouraging. Could anyone imagine the discussion between her and her staff where they are talking about what she should be doing with that oversized foam finger at the VMAs?”

Others argue that Cyrus is no longer a minor and capable of making her own decisions.

"Miley is still on an upswing, and in the public eye during a crucial time in her career," insisted Jed Smith of Betafish Music.

And who knows, maybe it’s all working. Despite the negative reactions to her music video for “Wrecking Ball,” it obliterated the record for most video views in one day – held by One Direction – by over 8 million views.

“With over 19.3 million views across Vevo, Miley takes back the crown and sets a new Vevo record,” boasted her press release on Tuesday.

And while, as her manager, Rudolph is in charge of her career trajectory, he’s not the only middle-aged guy helping Cyrus. Her agent, Kevin Huvane, is one of Hollywood’s most powerful, boasting A-list talent including Meryl Streep, Jennifer Aniston, Tom Cruise and Natalie Portman. And now controversial photographer Terry Richardson has been pulled into the mix. Richardson, who directed the scandalous video for “Wrecking Ball,” has been accused of inappropriately touching young models in the past, accusations which he had vehemently denied.

Plus Miley’s biggest fan may still be her dad, Billy Ray. Cyrus, who is still a board member of the Parents Television Council, – a conservative watchdog group that has been openly critical of young Cyrus – has opted for a little humor to accept the ever-evolving situation.

“Trying to type, tweet, twerk and ride a wrecking ball naked all at the same time while carrying a sledgehammer is proving difficult,” he tweeted. “Peace.”

Cyrus’ manager, agent and publicist did not respond to a request for comment.