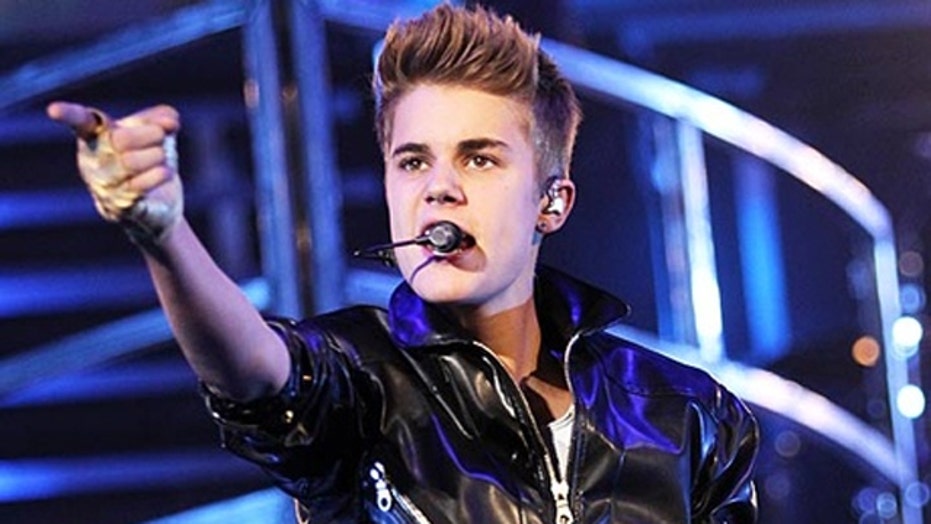 Justin Bieber's reputation is spiraling ever lower. Is there anything he can do to avoid becoming the next child star gone wrong?

Justin Bieber has been acting out. It started with a expletive filled rant at the paparazzi a couple months ago, transitioned into problems with the neighbors in his exclusive gated community, and has since devolved into the 19-year-old pop singer urinating in a mop bucket and spraying a picture of Bill Clinton with some sort of cleaning liquid while screaming: ‘F--- Bill Clinton.”

This is not how stars who want long careers usually comport themselves. Is Justin on a downward spiral, and if so, how can he be stopped before he shares the similar sad fate of other misbehaving child stars?

“I don’t think Justin Bieber is on an uprise right now," Ken Shadford, Director of Maxim TV, told FOX411's In the Zone. “[He] hasn’t known anything but fame his whole life, so as he starts to mature into what I assume is his adulthood, he doesn’t have the coping skills or mechanisms to deal with that.”

“I don’t think that Justin is out of control but if this type of recent behavior continues to escalate his career wind end up exactly where his urine in a bucket should have gone down the toilet," she said. “While I don’t think Justin Bieber is in the Amanda Bynes or Lindsay Lohan category, I do feel as though his behavior sometimes seems as though he thinks he’s above the law.  For example, when he instructed his bodyguard to take away a photographer’s sim card, I mean, that photographer is actually suing Justin, and again, if you could hear the words come out of Justin’s mouth from the video, it was a little disturbing.”

Our In the Zone experts say Justin should re-focus on his music if he wants to get past this unfortunate phase.

“Right now Justin’s on tour, so if he focuses on music and if he focuses on his fans, I think he can come back from this," Greenberg said. "I don’t think he’s damaged his reputation to a point where he’s going to completely ruin who he is as a person."

Shadford said it would be healthy for Justin to take a break from the spotlight, but that might be hard.

“Justin Bieber can always take a hiatus whenever he wants, but the question is, would he ever be able to take a hiatus? People love him.  People want him in the spotlight and there are a lot of people who make a lot of money off him. I don’t think it’s his option to take a hiatus right now. We’re just going to have to enjoy the Bieber coaster.”