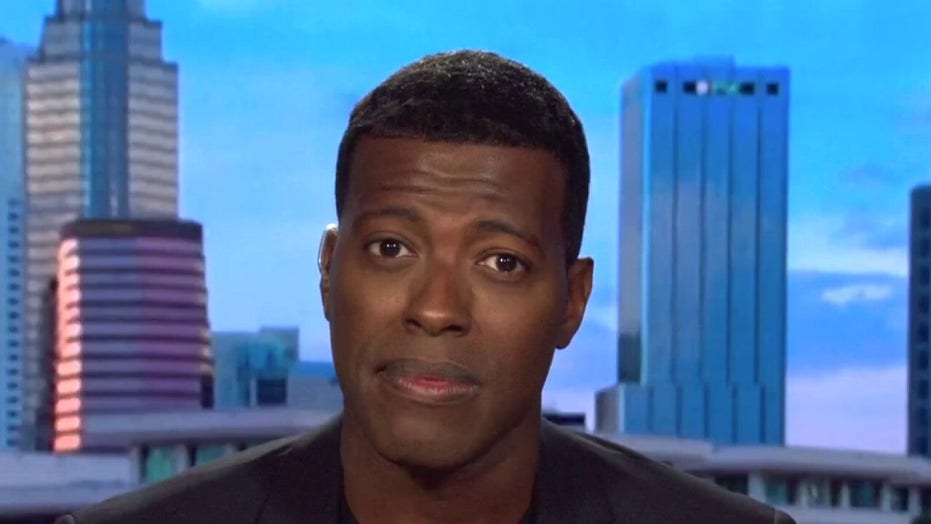 Rob Smith: Enthusiasm among Black voters is 'just not there' for Biden

Rapper Ice Cube defended himself against social media attacks Wednesday after the Trump 2020 Campaign thanked him for working with the president on his "Platinum Plan" for Black Americans.

“Facts: I put out the [Contract with Black America],” the rapper tweeted. “Both parties contacted me. Dems said we’ll address the CWBA after the election. Trump campaign made some adjustments to their plan after talking to us about the CWBA.”

The backlash started after Trump 2020 adviser Katrina Pierson tweeted, “Shoutout to @icecube for his willingness to step up and work with @realDonaldTrump Administration to help develop the #PlatinumPlan…Leaders gonna lead, haters gonna hate. Thank you for leading!”

Commentator Bakari Sellers posted that Ice Cube "fell for something shiny" with the Trump campaign.

"Biden has a black agenda & a racial equity agenda," he wrote. "He has a black female VP who will help oversee COVID recovery for a virus which from a health & economic POV devastated black communities. He will appoint a black woman to the SCOTUS."

For some critics, Ice Cube working with the Trump campaign seemed like a far cry from his N.W.A. days, when he was recording songs like "F--- tha Police," which appeared on the group's "Straight Outta Compton" album in 1988.

Trump's proposed “Platinum Plan” would include creating 3 million new jobs in the Black community over the next four years, increasing access to capital by nearly $500 billion and strengthening Trump’s immigration policies to protect American jobs, according to his website.

In his "Contract with Black America," Ice Cube asks politicians for banking, police and prison reform, elimination of all Confederate statues, federal funding of “baby bonds” starting with $1,000 at birth, among other reforms to support the Black community in order to earn the “support of the Black vote.”

After a fan accused Ice Cube of working with the “Darkside,” he responded, “Every side is the Darkside for us here in America. They’re all the same until something changes for us. They all lie and they all cheat but we can’t afford not to negotiate with whoever is in power or our condition in this country will never change. Our justice is bipartisan.”