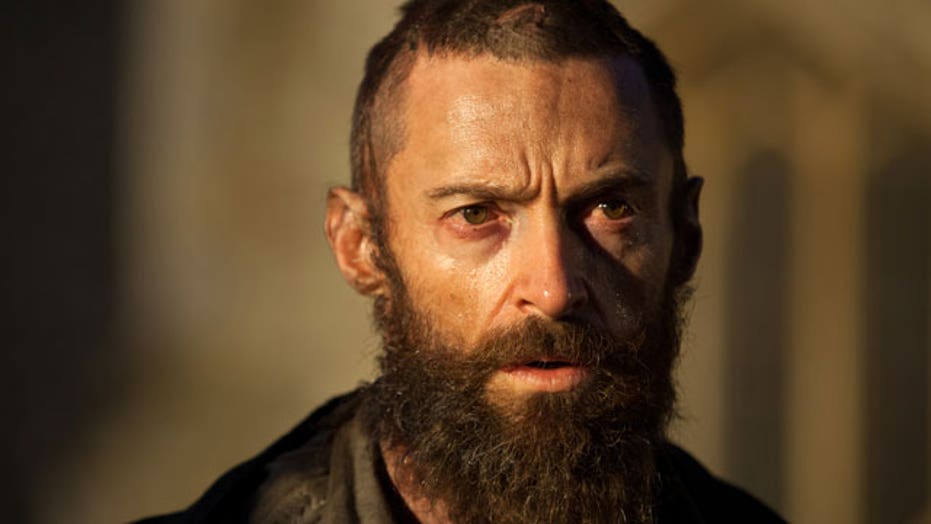 NEW YORK – Remember when Hugh Jackman sang and dance his way through the Academy Awards? Well “Les Miserables” may be his way of singing and dancing his way – to an Academy Award.  Jackman’s career comes full circle with his latest role as Jean Valjean in the movie adaptation and not just because he had to go through a three hour audition before getting the gig. The role brings Jackman back to his musical theater roots as he gets to show off his powerful vocals, which he did live on set, while portraying a character over the course of 20 years… a combo that’s added up to those two words: Oscar Buzz.

Jackman tells FOX 411 about life on the “Les Mis” set and how he is reacting to all the buzz.

FOX 411: As a “Les Mis” fan, how big of an undertaking was this just to know that you have to deliver this to fellow loyal fans out there?

Jackman: Definitely the biggest challenge I've ever had. For example, when I did Wolverine, I never read the X-Men comics and I really understand the fan base. But with this I know.  I'm sort of from that world, I’ve done a lot of theatre and I'm a big “Les Mis” fan myself. So there was a bit of pressure, none greater than the pressure I was putting on myself.

FOX 411: Did it all come full circle for you then for this role?

Jackman: It's a good point. The very first audition I did I sang “Stars” which was Russell Crowe's character Javert. I sang “Stars,” and I got the gig. So, it's always been a good luck thing for me.

Jackman: I knew that Tom Hooper the director wanted to sing live and it had never been done before. Technically I was not sure if it was possible, although he assured me it was. And it is, now. It had never been done before, but I thought it was an opportunity as an actor that I so wanted because it's all about being present, about being in the moment, about being spontaneous. And all those emotions, I don’t know how you can recreate them in a lip syncing situation.

FOX 411: I know it’s early but I’m just going to say the words Oscar Buzz! What does that mean to you especially when you invest so much?

Jackman: My son's name is Oscar. So whenever I first hear it I go – what? What’s he done? (laughs)

Jackman: I think that movie musicals are rarely made. They're a big risk. Particularly big movie musicals this like. This is not a cheap undertaking.  So, a lot of risks were taken. If the movie gets the recognition, I'll be so happy for all those that took the risk and mainly also a lover of musical theatre that perhaps there will be more of them.