Overwhelmingly, those who had seen the movie firmly supported the idea that the famed flick was a holiday movie. 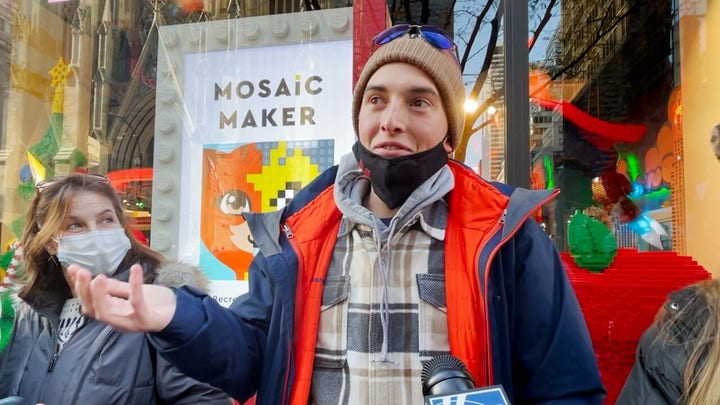 Another man agreed: "Definitely. Because it's a Christmas Eve party at the Nakatomi Tower."

Whether the July 1988 action movie starring Bruce Willis is a Christmas film has been hotly debated for years. The film takes place on Christmas Eve at a holiday party. Willis plays a New York cop who showed up at his estranged wife’s Christmas Eve work party at the Los Angeles skyscraper Nakatomi Plaza.

But when terrorists seize the tower, he must take on the terrorists alone to save the hostages, including his wife.

Bruce Willis running with automatic weapon in a scene from "Die Hard" in 1988. (20th Century-Fox/Getty Images)

"I would say yes because I like to watch it at Christmastime," one woman told Fox News.

Her husband chimed in with a different opinion: "Eh, it’s an action movie … I don’t know, maybe, maybe not."

"To each their own," she responded.

Another man told Fox: "I say it can be both. It can be an action movie and a Christmas movie."

There were some, however, who had a different opinion altogether.

One man said he didn't consider it a Christmas movie, "but whatever you make a holiday tradition can be a holiday movie."

Jimmy had a message for doubters.

"Oh man. For those people, I say, ‘Hey, think again, it is definitely a Christmas movie,'" he told Fox News.