YUMA, Ariz. – For Christmas from President Biden, Americans asked for a solution to the COVID-19 pandemic and a plan at the southern border.

"If I can ask for a gift for the American people? Resign," Chad told Fox News. "The second that he said open the borders, it’s like, are you that dumb?" 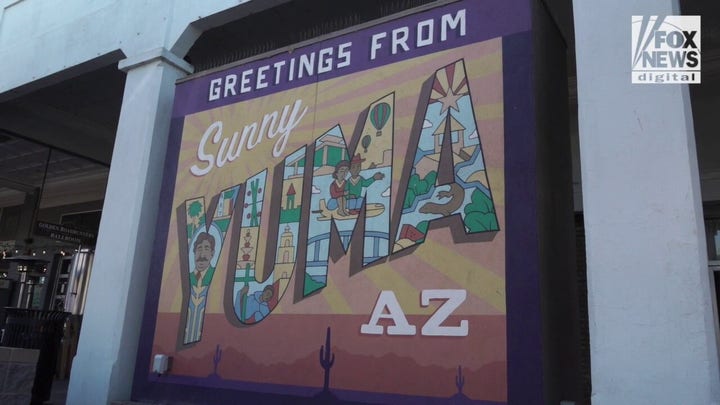 Don, of Washington, said: "I want [Biden] to make this America great again. I am totally a Trump person, but I go along with anything as long as we can get something straight."

"They need to put up the border wall and finish it," he continued.

Recent census data shows that the total immigrant population, both legal and illegal, in the U.S. hit 46.2 million in November, the highest number ever recorded in American history.

"Why did we quit building the wall?" Larry from Arizona asked. "It worked."

Becky, of Washington, told Fox News she thought Biden was doing an "OK" job. She wanted everyone to get along and for Biden to "get rid of this COVID stuff."

Bill, of Washington, wants Biden to "get the Senate to work together somehow."

Just 41% of Americans say they approve of the job President Biden has been doing, according to a joint NPR/PBS NewsHour/Marist College study.