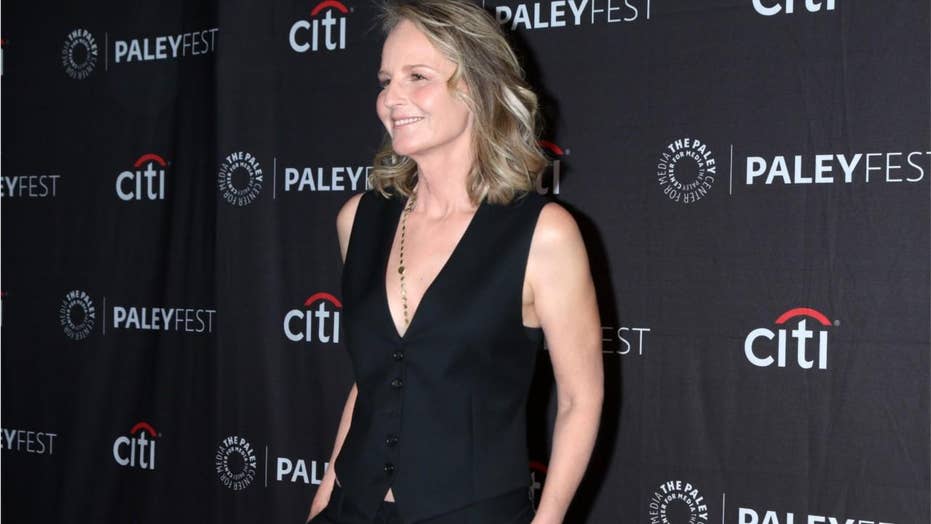 Actress Helen Hunt was reportedly hospitalized after a serious car accident. The 'Mad About You' star was one of several people who were injured after an SUV she was riding in was clipped while driving in a neighborhood by Los Angeles.

Helen Hunt is recovering Thursday after a vehicle she was riding reportedly flipped over during a car accident in California.

Hunt, 56, was hospitalized after the accident, which happened Wednesday in the Mid-City neighborhood of Los Angeles, TMZ reported. The "Mad About You" star was riding in the back of an SUV when another car reportedly clipped hers.

Helen Hunt, pictured here at the 2019 PaleyFest Fall TV Previews in California, was reportedly hospitalized after getting into a car accident on Wednesday. (Jon Kopaloff/WireImage)

Video of the accident published by TMZ appears to show the SUV driving through an intersection when suddenly it's T-boned by a white car. Hunt's SUV flips over on its left side.

The actress was reportedly taken to Cedars-Sinai Medical Center in Los Angeles in stable condition. She left several hours later and suffered no major injuries, her rep told the news outlet.

A rep for Hunt did not immediately return Fox News' request for comment.

The Academy Award-winning star was among several people hospitalized after the accident, People reported.

Hunt is currently filming a reboot of the hit television show "Mad About You," which aired from 1992 until 1999 and landed a limited series revival for Charter Communications’ premium content platform, Spectrum Originals.