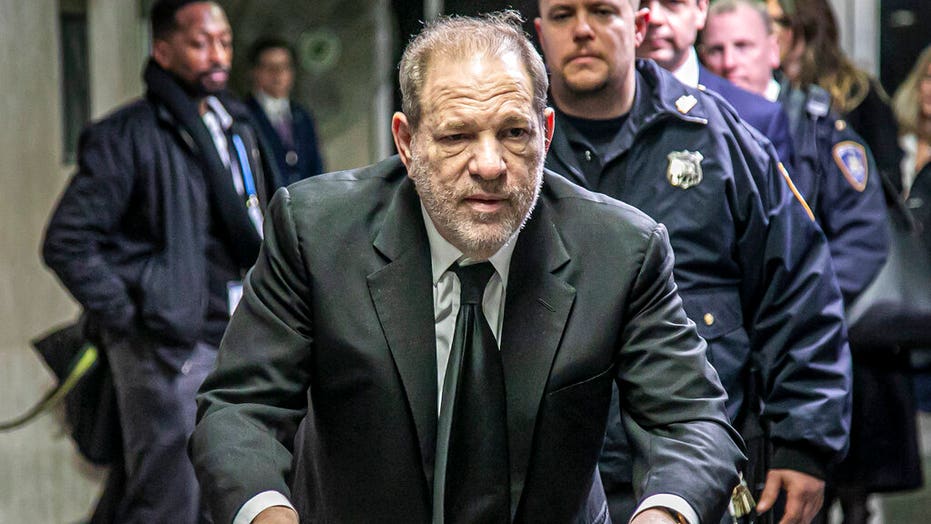 The 27 women who say they were sexually abused by famed Hollywood producer Harvey Weinstein vowed to "stand in solidarity" with the three New York accusers slated to testify in the high-profile trial that began on Wednesday.

“We stand in solidarity with Annabella Sciorra, Mimi Haleyi, Dawn Dunning and all of the women who will courageously testify against Harvey Weinstein in court," the self-proclaimed Silence Breakers said in a statement.

Weinstein is on trial in New York facing allegations by two accusers -- Mimi Haleyi, a former “Project Runway” production assistant who says the movie mogul forcibly performed oral sex on her in his apartment back in 2006, and an aspiring actress who says she was raped by Weinstein in his New York City hotel room in 2013.

"For decades, Weinstein wielded his power to mentally, physically and professionally abuse and silence women with impunity," the Silence Breakers said. "This week, he will finally be forced to face his accusers and reckon with the consequences of his monstrous crimes. Whether we are in the courtroom or supporting our fellow Silence Breakers from around the world, we are all in awe of their selflessness and bravery. We will continue to support them by speaking out and telling our stories until this serial predator is brought to justice.”

Prosecutor Meghan Hast laid out in her opening statement Wednesday that Weinstein was “not just a titan in Hollywood — he was a rapist."

Prosecutors plan to call to the stand four other accusers -- including “Sopranos” star Sciorra and former actress Dunning — In addition to the two women he is charged with attacking to show a pattern of predatory behavior by Weinstein.

Sciorra is expected to take the stand on Thursday, testifying that, in 1993, she was sexually assaulted by Weinstein when he forced his way into her apartment after giving her a ride home.

“She told him to get out. She told him no. But Harvey Weinstein was undeterred,” Hast told the court. She said the actress eventually stopped fighting Weinstein, “hoping it would end," and was left "emotionally and physically destroyed, passed out on the floor.”

Weinstein, 67, who has insisted that all of the sexual acts were consensual, is facing life in prison if he is convicted.

He is also facing criminal charges in Los Angeles and stands accused of sexually assaulting two women during Oscars week in 2013. Prosecutors allege he raped a woman at her Los Angeles hotel, then sexually assaulted another woman in his Beverly Hills hotel suite the next day.

He could get up to 28 years in prison if convicted on all of those charges.

Los Angeles County prosecutors said three more sexual assault cases remain under criminal investigation. Others, dating from the late 1970s, as well as in 2011 and 2015, were declined for prosecution because the statute of limitations had expired.