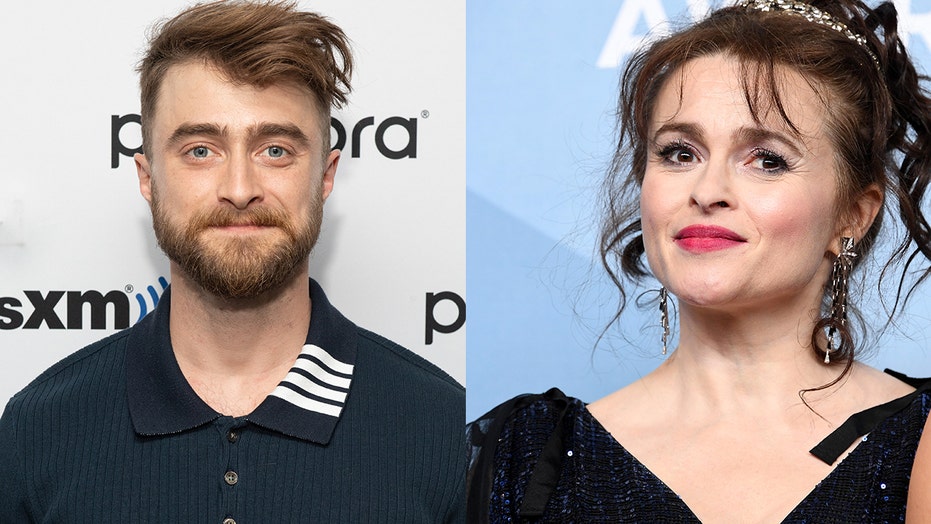 For Daniel Radcliffe, it wasn’t just magic that was in the air.

In the upcoming HBO Max’s reunion special "Harry Potter 20th Anniversary: Return to Hogwarts," the cast got candid about their on-set crushes during filming.

Emma Watson admitted to "falling in love" with Tom Felton when they were younger. But for Radcliffe, he declared his crush on Helena Bonham Carter.

During the pair’s sit-down, the 32-year-old read a note he gave to the actress, 55, during filming.

"Dear HBC," read Radcliffe, as quoted by Page Six on Wednesday. "It was a pleasure being your costar and coaster in the sense that I always ended up holding your coffee."

The pair laughed about the pun and Carter urged the star to continue reading the note.

Daniel Radcliffe had a crush on his co-star Helena Bonham Carter. (Getty Images)

"I do love you," he continued. "And I just wish I had been born 10 years earlier. I might [have had] a chance. Lots of love and thanks for being cool."

During his confessional, Radcliffe also shared that some of his first girlfriends and kisses were through the film franchise.

"Every part of my life is connected to ‘[Harry] Potter,’" he explained. "My first kiss is connected to someone here. My first girlfriends were here. It all spirals out from the part of the set somewhere."

While Radcliffe didn’t name any names, he did describe asking Watson, 31, for dating advice.

"If she was texting a boy or I was texting a girl, I would be like, ‘She sent me this many kisses back. What do I do?’" he recalled. "This is a nightmare.

The special will become available for streaming on Jan. 1.

At age 11, Radcliffe achieved international stardom when he was cast as the lead in "Harry Potter and the Sorcerer’s Stone" in 2001, which was based on the beloved best-selling fantasy novel by British writer J.K. Rowling.

Not only did the film become a box-office sensation, but the eight-film series spanned Radcliffe’s late childhood — and set him up for life. The franchise ended its run in 2011 and skyrocketed the young actor's net worth to nearly $100 million.

Back in 2017, Radcliffe told Fox News his success on "Harry Potter" has motivated him over the years to show audiences what he's capable of as an actor.

"I’m also very happy with that. I loved the part. And if that’s the way I will remain in some people’s minds until the end of time, then that’s fine… The fact that I’m able to do stuff that I’m proud of, if I just carry on and do the things that I want to make, hopefully, they will reach more and more people."