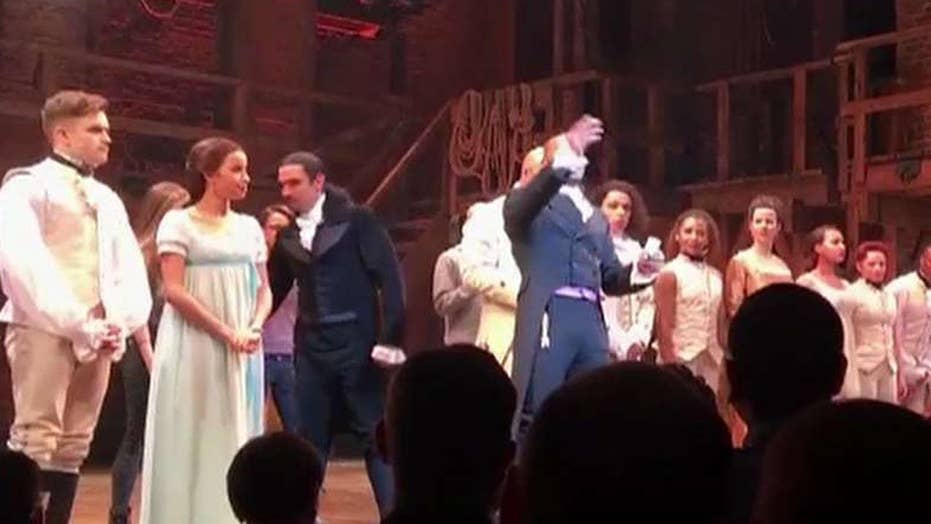 NEW YORK – President-elect Donald Trump took to social media this weekend to demand an apology from the cast of “Hamilton” after star Brandon Victor Dixon read a statement from the stage about the recent election to Vice President-elect Mike Pence, who was in attendance.

Dixon said Monday morning he had "nothing to apologize for," but now he may be saying sorry for something entirely different, namely some tweets (and retweets) he made years ago, before “Hamilton” (and President-elect Donald Trump, for that matter) were even a thing.

In one, Dixon wrote this:

In another, he retweeted this:

“@jleefilm: 4 every racist comment I get about Trayvon Im going 2 turn 1 white married suburban housewife & mother n2 a jump off” The. Best.

For those not in the know, a “jump off" is a casual sexual encounter.

And finally, in another, Davis wrote this:

@TAMIKASLAWRENCE the problem is ho's aren't what they used to be. If ho game would step up, cats wouldn't get distracted.

Marketing guru Scott Pinsker told FOX411 that Dixon’s on-stage performance on Friday, in which the actor also chided his audience for booing Pence, is at odds with these less buttoned-up social media interactions.

“It’s certainly hypocritical for Mr. Dixon to adopt the persona of a concerned civil rights statesman and dress-down Pence in a public theater, and then use that kind of language on social media,” Pinsker said. “It reeks of phoniness.”

“That’s one of the dangers of celebrities who use social media, many of us have multiple sides to our personality, and there are unintended consequences to angry, divisive language,” Pinsker added. “It can cost you the moral high ground, and make you look like an oblivious, self-aggrandizing hypocrite.”

“Wow. When you decide to give a public lecture to the VP-elect, everything you have said now becomes public knowledge. I liked the response from Pence, ‘This is what freedom sounds like,” Cain said, referencing Pence’s reported remarks to his family regarding the boos directed at him in the theater.

But entertainment personality Cate Meighan said she doesn’t see any disconnect at all.

“I get the sense that it was said tongue-in-cheek based on a particular situation at the time,” Meighan said. “I'm sure if you want to pick it apart and take offense then of course, you will.”

Meighan added that Dixon’s past tweets don’t detract “from the basic message that was read at all. That, was very simple. Pence attended a production that is rooted in cultural diversity with the message being one of unity. Dixon spoke on behalf of the cast and simply requested that Pence take the message with him and use it in his new job as well.”

In the message delivered onstage, Dixon said to Pence in part: "Vice President-elect Pence, we welcome you and we truly thank you for joining us here at 'Hamilton: An American Musical.' We really do. 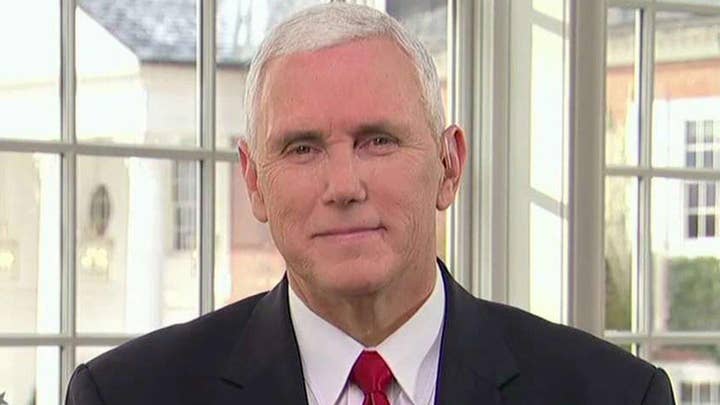 "We sir, we, are the diverse America who are alarmed and anxious that your new administration will not protect us — our planet, our children, our parents — or defend us and uphold our inalienable rights, sir. But we truly hope that this show has inspired you to uphold our American values and to work on behalf of all of us. All of us."

FOX411 reached out to Dixon several times but did not receive comment.