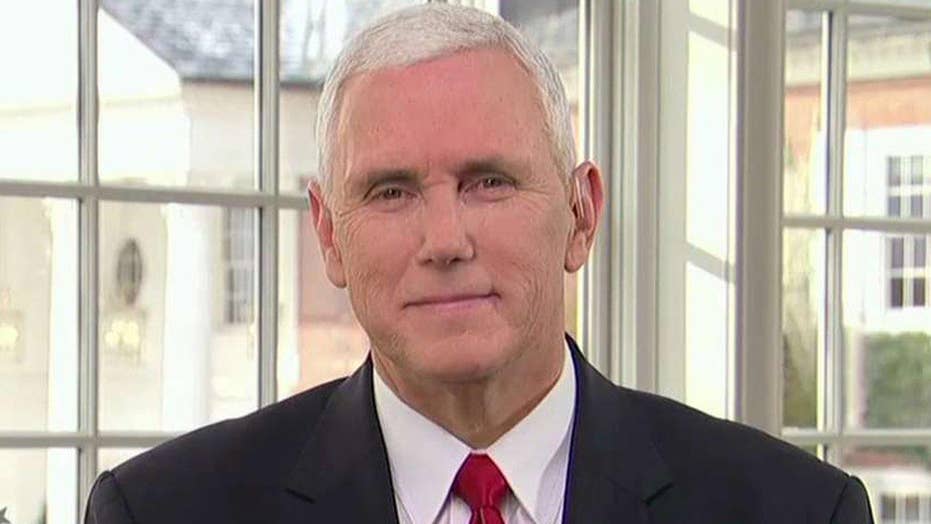 Pence on diversity of Trump Cabinet, role of VP, 'Hamilton'

"Hamilton" actor Brandon Victor Dixon said in a new interview Monday that President-elect Donald Trump will have to wait if he wants an apology because "there’s nothing to apologize for."

Dixon, who plays Aaron Burr in the celebrated musical, gave Vice President-elect Mike Pence an onstage earful about equality at the end of Friday's performance.

"We are the diverse America who are alarmed and anxious that your new administration will not protect us, our planet, our children, our parents, or defend us and uphold our inalienable rights, sir,” Dixon said. “But we truly hope that this show has inspired you to uphold our American values and to work on behalf of all of us.”

Trump took to Twitter to demand an apology from the cast of "Hamilton.”"

Pence addressed the situation on “Fox News Sunday” and said he was “not offended” but instead praised the show and left it up to the audience to make their own decisions.

"I would leave it up to others whether that was the appropriate venue to say it," he said. "If you haven't seen the show, go to see it, it is a great, great show."

"Art is meant to bring people together."