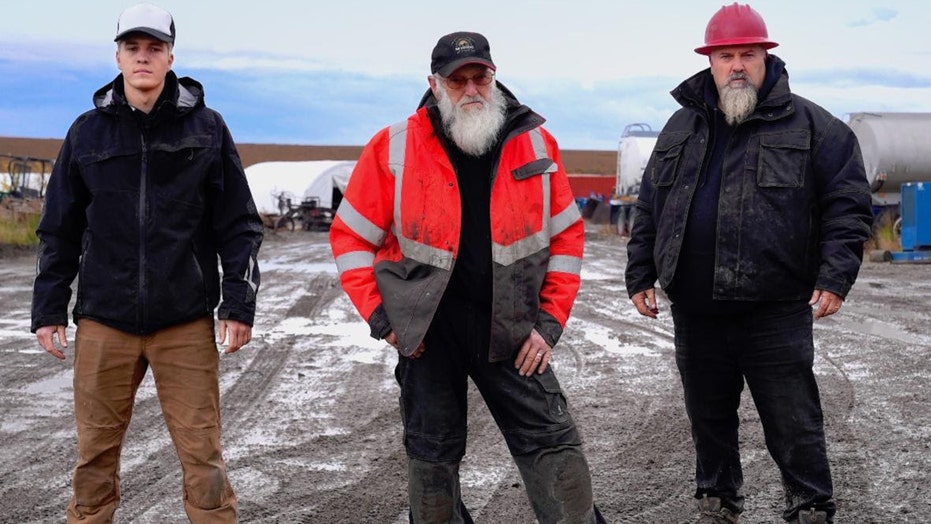 In 2018, Todd Hoffman walked away from "Gold Rush," the No. 1-rated Discovery series, and he still has zero regrets about his decision.

"You feel a little jaded," the miner admitted to Fox News Digital about leaving the popular series. "Reality TV has its good points. It also has its bad parts. Sometimes, reality TV can damage the way it’s all put together, the secret sauce so to speak. It can damage relationships. And there was some damage in the relationship between me and [my son] Hunter. It was just time.

"We felt like we were getting pushed over into the corner of our own show. And you start to feel a little jaded. When you do feel that way, you have to choose family first. You can’t just stay on a show, and you’re hurting your relationships. You pick your family first. We needed a break. Having your kids grow up in front of a TV set is not exactly healthy at all for every family."

The 52-year-old left "Gold Rush" after a disappointing mining season in Colorado. But three years later, Hoffman is back in front of cameras. This time, he’s launching his own series on the Discovery Channel, "Hoffman Family Gold." It will follow his family to Alaska and the family's hopes of striking it rich.

Hoffman insisted he was up for the challenge. His father Jack mined for gold in the ‘80s but never struck it big. This time, the family has its sights set on a rundown mine located 80 miles north of Nome, Alaska.

"We’re going at a slower pace," Hoffman explained about his return to TV. "It’s not a highlight reel. It shows our family and how we really do care about each other. We do care more about how we get our gold than just how much gold we get while treating everybody badly. It’s just a different experience, but I think everyone’s going to love it. We’re thankful to have this opportunity again.

"It was my father who really got the ball rolling [in gold mining]," Hoffman continued. "I always knew in the back of my mind that we had a chance. Faith also plays a big role in all of this."

Hoffman said that when the network made an offer to focus on his family, he agreed – under some conditions.

"I said I’ll come back," he shared. "I’ve been looking at mining again and everything has lined up. But it needs to be at a slower pace. It needs to feel more like a live experience. I also said, ‘You can’t cut our faith out. You’ve gotta let my vision shine through.’ And they were gracious enough to give me that chance. So we’re back with the family."

Hoffman confirmed that his son Hunter is coming along for the ride. He added that his other son Hudson, a married father of one, has shown interest in the family business. Still, Hoffman stressed that he wants his children to decide for themselves whether this path is ultimately the right one for them.

"I’m very proud of them," he said. "I know how I raised them. Hunter loves God, but he’s also different than me. He’s got bleached blonde hair, earrings and tattoos. He’s probably the first Hoffman ever from the beginning to ever get a tattoo.

"But to each his own. I want him to be his own man. I want him to walk his own path. God put him on the Earth for a reason. I do know where his heart is, and we’re here to support each other. We’re not here to judge anybody because we don’t want to be judged ourselves."

Hoffman is confident that his return to mining – and television – will pay off this time around. And he’s hoping the series will address misconceptions that viewers still have about the industry.

"Gold Rush" was the top-rated series on Discovery when Todd Hoffman decided it was time to move on. However, the reality TV star is confident that he will strike gold with his new series. (Frederick M. Brown/Getty Images)

"People feel like, ‘You’re just tearing up the Earth,’" Hoffman explained. "If you were to look at how much gold there is left and how much is allowed to be mined, it’s just a tiny little piece. Now, there are places in the world where that isn’t true. Dirty mining is happening in Peru. It’s happening in Guyana. It’s happening in Brazil. Those places are truly getting decimated. I don’t know what we can do about those countries, but I really feel like the United States, in some way, needs to pressure those areas and pressure those governments to actually clamp down."

Despite its challenges, Hoffman said that gold mining is worth pursuing – when done correctly.

"People don’t know this, but gold is found in every single cell phone," he said. "There’s industrial uses for gold … [With] currencies going up and down, and you have a lot of turmoil in the world, it’s a very safe place, I believe. I’m not trying to give financial advice, but I think you need to have some of your money in gold. And I mean physical gold, not gold paper. You need to get it in your hands."

New episodes of "Hoffman Family Gold" will be airing Fridays at 8 p.m. on Discovery.